Are We in for Another Housing Crisis?

Tuck professor Brian Melzer looks at the similarities and differences between the 2008 World Financial Crisis and the economic shock of the Covid-19 pandemic.

Zillow, says Melzer, forecasts only a two to four percent decline in home prices over the coming year.

Between the years 2000 and 2007, an historic economic expansion in the U.S. fueled a booming housing market, sending average home prices and mortgage debt to record levels.

When the bubble popped, many homeowners were left with negative equity in their homes, and delinquencies and foreclosures skyrocketed, leading to a broad financial crisis, high unemployment, and a long and painful recession. To soften the blow to individuals, the U.S. government expanded its unemployment insurance program, allowing people to receive benefits for more than twice as long as they did before the crisis.  In a paper published in The American Economic Review in 2018, Tuck professor Brian Melzer examined the impact of this policy on the stability of the housing market. He found that income loss was a significant driver of mortgage defaults, so the government’s expansion of income replacement increased the ability for people to pay their monthly mortgage payment, preventing delinquencies and foreclosures.

Today, the American economy is in crisis again, but for a wholly different reason. The Covid-19 pandemic necessitated a shutdown of large swaths of the economy, from restaurants, bars and hotels, to airlines, movie theaters and theme parks. The ripple effects impacted businesses and individuals in a wide range of industries, sending the unemployment rate in April to 14.7 percent, a level higher than in any previous postwar recession.

The financial troubles of the Great Recession began in the housing market. This time, Melzer is wondering if the Covid-19 recession will spill over into the housing market. We sat down with him (virtually) to discuss the similarities and differences between then and now, and whether we should brace for another housing crisis.

How do these two economic crises compare, from a macroeconomic perspective?

Both periods have significant job loss, though the time profiles differ quite a bit. During a two-year span of the Great Recession we never reached 35 million job losses, but that happened this year in the space of six weeks. With job loss comes income loss, which is a precondition to mortgage default, so it’s reasonable to worry that people won’t be making their mortgage payments. But another thing both periods share is a significant expansion of federal unemployment insurance benefits. In the Great Recession, the timeframe for eligibility was lengthened to 99 weeks, while in this crisis the federal government added $600 per week to the regular state unemployment checks, and it allowed furloughed and gig workers to obtain benefits as well.

What are some major differences between 2008 and now, with respect to the housing market?

The big difference in 2008 is that housing had been incredibly hot, with multiple years of five, eight and even 10 percent increases in home prices. That gave people very high expectations for home price increases thereafter, leading to a lot of speculation in housing purchases, and purchases of second homes. Mortgage underwriting practices were also very weak, allowing people to put five percent down on a $500,000 mortgage. So there was a very thin equity cushion—when home prices declined by 10 percent, many mortgages were already underwater. Going into the current crisis, lending standards were high and people have built up equity in their homes. Zillow is forecasting a two to four percent decline in home prices over the coming year, so even recent buyers would barely be underwater in Zillow’s worst-case scenario.

What does this all mean for mortgage defaults in the current crisis?

For mortgage defaults to happen, there are two key factors that have to come together at the same time. You have to have an inability to repay, and a lack of incentive to repay. Job loss and income loss challenge one’s ability to repay, but expanded unemployment insurance can mitigate that. A loss of equity reduces one’s incentive to repay, because homeowners see no benefit in putting money into an underwater loan. The good equity position today should help with that, and the forecasts for home price declines aren’t nearly as significant as we saw in the past.

Were there any housing-specific policy responses in the pandemic crisis?

Yes, part of the CARES Act required federally-guaranteed mortgages (about 60 percent of mortgages today) to offer loan forbearance, which allows borrowers delay the principal and interest on their mortgage and incur no penalty. The money is still owed, but it can be paid back either at the end of the forbearance period, or it can be added to the monthly mortgage payment for the life of the loan. This is available for six months, and then borrowers with continued economic hardship can extend it for another six months. As of June 8, 4.3 million mortgages in the U.S. were in forbearance, or about 8.5 percent of home loans.

The economic outlook is so uncertain right now. What data points are you watching to get a better sense of where the housing market is headed?

As housing markets open up and we actually start to see some trades, I’m curious about the prices people are willing to agree on. Will home values decline? With mortgages, I’m watching whether forbearance will turn into full on delinquency and default. Are we going to face pressure to make foreclosure and eviction moratoria more permanent? If that happens, it can prevent people from being willing to originate a new mortgage or sign a lease with a tenant. 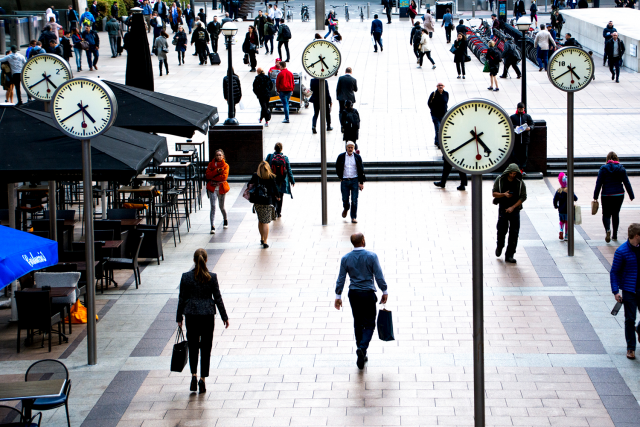 Does Financial Advice Cost More Than It Should?