Slaughter led a lively discussion on how a new capitalism can prevent class warfare. 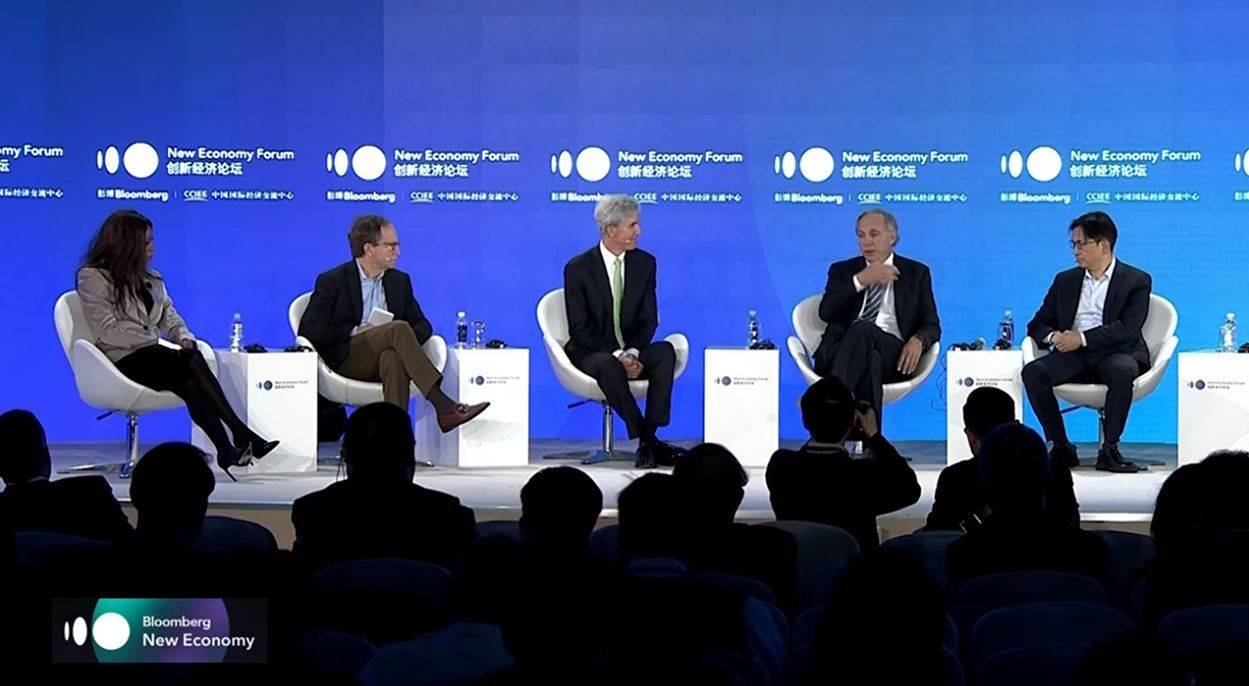 That theme was on display in the Forum’s recent conclave in Beijing, where Tuck Dean Matthew J. Slaughter moderated a panel discussion titled “Staving Off Class Warfare,” which addressed the growing gaps in inequality and wealth, and how the future economy can leverage technology to be more inclusive and equitable. The panelists were Ray Dalio, the founder and co-chairman of the global investment firm Bridgewater Associates, and Zhang Lei, the founder and CEO of the global investment firm Hillhouse Capital. They were joined on stage by financier and economic analyst Steven Rattner, and global economist and author Dambisa Moyo.

Slaughter launched the 20-minute discussion with an overview of the inequality problem in the global economy today, where calls for a new capitalism are seen in backlashes “against the existing economic order, against globalization, and against markets,” he said. Those backlashes have led to the desire to build a wall on the U.S.-Mexico border, the vote for Brexit in the U.K., and the Yellow Vest movement in France, among other instabilities. “The question becomes, What do we do?” Slaughter said. “We need to think about solutions.”

Dalio, a billionaire investor and philanthropist, shared his perspective on the economy as a machine that operates in cycles driven by productivity, short and long-term debt, and politics. He explained that the U.S. economy is 10 years into an expansion fueled by “stimulants” such as interest rate cuts and tax cuts. At the same time, the trend towards higher debt levels will only exacerbate inequalities, and may force countries to re-think their monetary policies. “It’s a new world order,” he said.

The question becomes, What do we do? We need to think about solutions.

Lei followed up with an example of how his firm is using technology to improve jobs and productivity. Hillhouse, a private equity company, purchased a chain of brick-and-mortar shoe stores in China with 120,000 employees. Observers expected Hillhouse to chop up the retailer and make layoffs. But instead, Lei looked at his employees as assets and endeavored to make them more productive and fulfilled. “They are our user interface,” he said. “So we developed tools and apps for them to make the information much more transparent.” The company produced Youtube-like tutorials so employees could learn the new shoe models, and it put tracking software in floor models of shoes in experimental stores, to see how often a shoe was picked up or tried on. “The workers are more productive, and more proud to go to work,” Lei said. “Our goal is to transition them from box-movers to tech-enabled fashion consultants. I think this turned out to be a win-win-win solution.”

Slaughter, impressed with Lei’s example, asked Rattner and Moyo what governments can do to encourage more technology-enabled growth opportunities that help workers. For Rattner, who previously served as Counselor to the Secretary of the Treasury and led the Obama Administration’s successful effort to restructure the automobile industry, the government’s first priorities should be “making workers better off, dealing with educational problems, infrastructure problems, and lack of R&D spending,” he said. Moyo invoked a maxim of Michael Bloomberg, which holds that any government effort should be “data-driven, forward-leaning, focused on measured outcomes, and have no corruption.” Many governments today, Moyo said, don’t meet those criteria.

Slaughter concluded the discussion by asking each participant to name one solution they would like to see leaders of governments and business pursue.

Moyo: “Absolutely moving away from short-termism.”

Rattner: “Move away from the extremes that have caused gridlock and a lack of solutions.”

Dalio: “We have to go above ourselves to what is the common good within or between countries, declare these things national or international emergencies, and then have skilled parties bring people together in a way that is engineered to produce a better result.”

Lei: “We need to have a much more conscious, thoughtful, intellectually honest way to examine history and what it means for the future.” 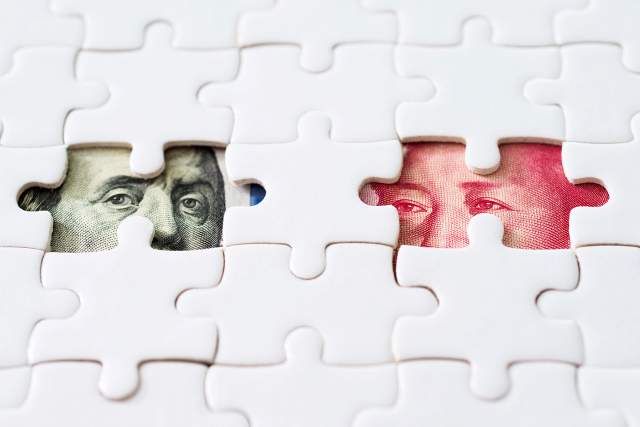 The U.S. has implemented an unprecedented set of trade barriers over the past year and a half. Tuck professor Emily Blanchard explains what they might mean for firms and consumers.