Professor Emily Blanchard has been appointed the Chief Economist for the U.S. State Department.

The United States Department of State has appointed Emily Blanchard, Associate Professor of Business Administration, to serve as its Chief Economist. Blanchard is taking a leave of absence from Tuck for this State Department appointment and will return to the school thereafter.

The Office of the Chief Economist helps ensure that United States foreign policy benefits workers, their families, and their communities. In her new role, Blanchard will guide the Department’s analysis and engagement to generate data-based insights that will inform decision-makers on numerous issues—including trade, supply chains, commercial diplomacy, infrastructure, and climate change.

“I will count on Dr. Blanchard’s analysis and strategic advice regarding the major geoeconomic forces shaping our world and to ensure that our international economic policies fuel inclusive economic growth and deliver for the American people,” Secretary of State Antony Blinken said in a statement.

Upon joining the Tuck faculty in 2011, Blanchard quickly earned a reputation as an impactful and highly engaged professor. Through courses like Global Economics for Managers, a seminal component of Tuck’s core curriculum, timely electives such as Cooperation and Competition in the 21st Century Global Economy, and countless experiential learning opportunities, Professor Blanchard has helped scores of MBA students deepen their understanding of international economics and policies.

“I think that Tuck students are different and special as a group,” Blanchard says. “They seem to have this incredible intellectual curiosity. They’re hungry for conversations about the world and their place in it.”

In 2016, Blanchard was awarded the Teaching Excellence Award, an annual recognition that celebrates faculty who, in the eyes of their students, have made an outstanding contribution to the quality of the educational experience.

“Professor Blanchard is not only a leading expert in her field,” said one former student in 2016, “she artfully balances the acts of lecturing, coaching, and championing students in their individual learning journeys.”

Beyond the classroom, Blanchard has educated the public at large on the complexities of the global economy through essential academic research, media appearances, and editorial work with esteemed journals including the Journal of International Economics and Review of World Economics. 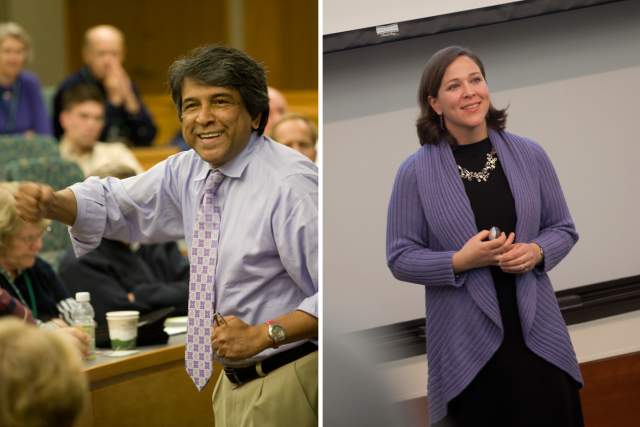 The professors were praised for their expertise, passion for teaching, and their ability to make classroom sessions fun and relevant. 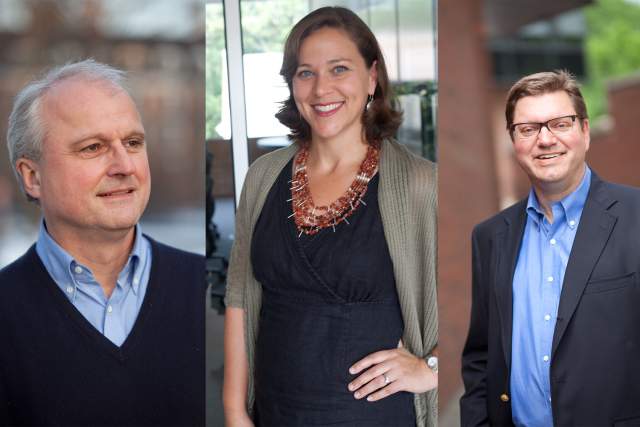