Governed by a Commitment to Serve 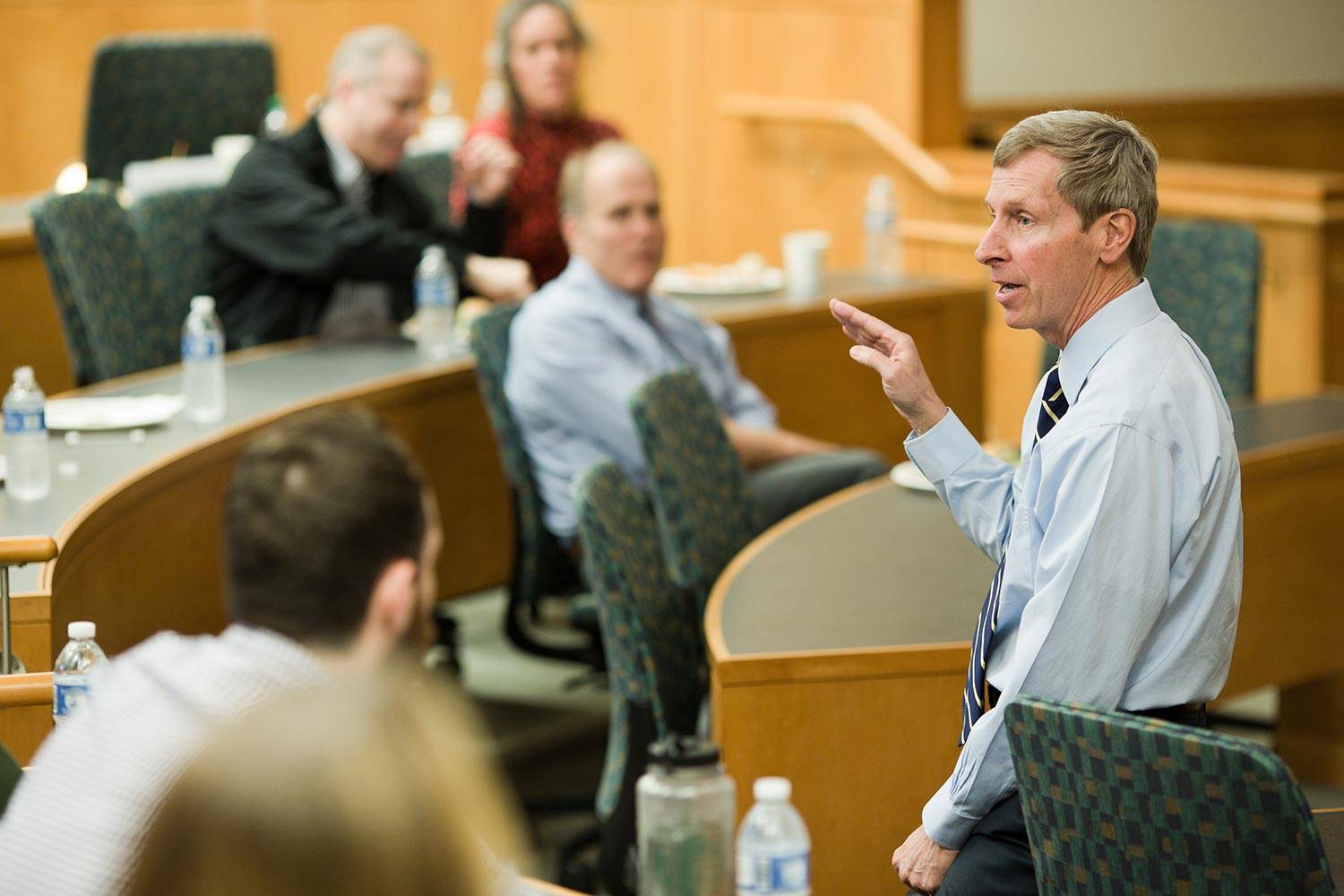 Lynch uses the case study method and thrives on lively discussion, inviting protagonists featured in the cases to class.

That was a lesson learned by Tuck professor and former New Hampshire governor John Lynch during his first year at the University of New Hampshire. He had two roommates: a self-described hippie who went to bed at 4 a.m. and a hunter who would wake up around the same time.

“There I was, trying to keep the peace in the room between two very different personalities,” says Lynch, who earned his degree from the school in 1974. “But it was great training for being governor of the state of New Hampshire.”

Lynch was recently honored with the 2017 University of New Hampshire Charles Holmes Pettee Medal, given by the university to former or current state residents to recognize outstanding service and accomplishment.

Lynch, now a professor at Tuck, thinks fondly of his college years. It was where he fell in love with the Granite State and laid the foundation for a career at the state capitol, where he served an unprecedented four terms as governor.

“My time at the university prepared me well for a career in business,” says Lynch, who was president of his fraternity and played intramural sports. “If it hadn’t been for UNH—the education, the extra-curriculars, the leadership opportunities— I wouldn’t have been elected governor of New Hampshire.”

Today, Lynch teaches one of Tuck’s most popular elective courses: “The CEO Experience.” He uses the case study method and thrives on lively discussion, inviting protagonists featured in the cases to visit students for an inside look at what it’s really like to run a company. Later this year, students will get an inside look at Amazon.com when Dartmouth alumnus Jeff Blackburn D’91, senior vice president of Business Development and Digital Entertainment at Amazon, attends his class to discuss a case study written by two Tuck students.

“Students here are bright, engaged, and participative,” says Lynch, who revises his syllabus when a new idea strikes him. “They come here with a sophistication they don’t have other places.”

One of Lynch’s goals in teaching “The CEO Experience” is to give students an idea of what it’s like to lead in the private versus public sectors, which he’s able to do via his own experience. Prior to governing New Hampshire, Lynch served as CEO of international furniture manufacturer Knoll, where he spearheaded the company’s turnaround.

Lynch earned his MBA from Harvard Business School and JD from Georgetown University Law Center. He has previously been recognized for his service to New Hampshire, having received the Granite State Legacy Award from the NH Union Leader and the Chairman’s Award from the United Way. He is also a senior fellow with Tuck’s Center for Global Business and Government. 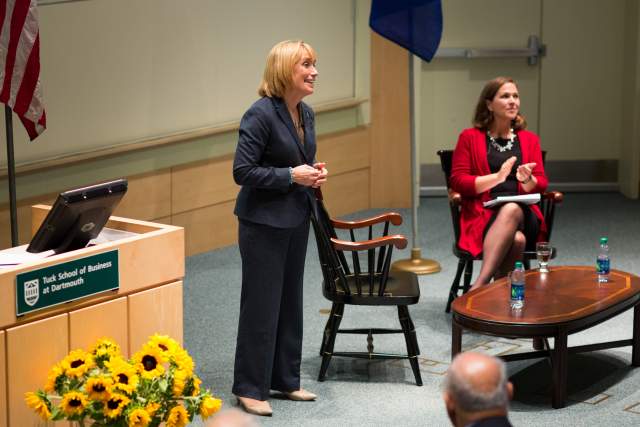 During a forum hosted by Tuck, U.S. Senator Kelly Ayotte and New Hampshire Governor Maggie Hassan discussed fundamental issues at the intersection of business and government.