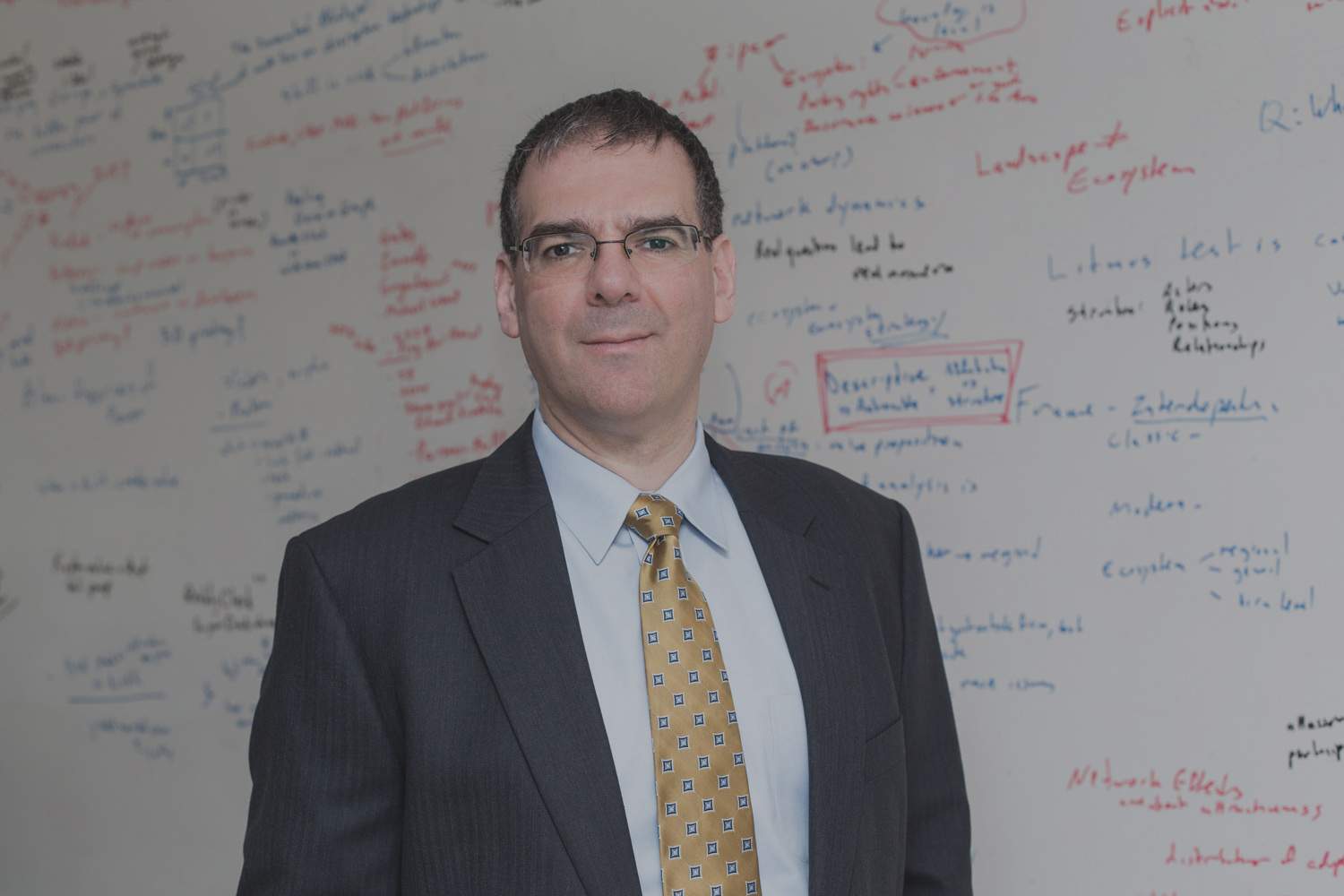 A New Lens on Innovation

Like many of us, Ron Adner, the David T. McLaughlin D’54, T’55 Professor at Tuck, is a product of his environment. He came of age in the 1980s, when personal computers were making their way into homes and businesses. He convinced his parents to buy him one, and he found that he couldn’t just use it—he also had to figure out how it worked. That same curiosity drives his research and teaching today in strategy and innovation, where he has pioneered a new way of understanding how innovation happens among the complicated ecosystem of firms, partners, and customers.

Adner’s early interest in technology led him to acquire his bachelor’s and master’s degrees in mechanical engineering at Cooper Union. For his master’s thesis, he examined how the introduction of surgical lasers for tracheal surgeries gave rise to the risk of fire inside a patient’s airway. In the process, he discovered that he was more intrigued by the commercial use of medical devices than the pure science behind their functioning. So, for his Ph.D., he changed direction, away from engineering and towards business. In his doctoral dissertation at Wharton, he studied the role of demand heterogeneity and showed how the extent of differences among consumers in a market shapes technology evolution and competition. In building these theories, he noted that consumers had different needs for complementary innovations—for example, some users could derive value from a personal computer on its own, while others needed the addition of pre-packaged software. “That simple insight was the entry point into my thinking about ecosystems: what other things need to be brought together with your core innovation for it to create its value,” Adner says.

Some academics like to develop their ideas in the isolation of their office. Adner has always been more of a social thinker, using his classroom as a laboratory to test concepts and logic. That was certainly the case for his work on innovation ecosystems, which was developed, in part, to advance his teaching mission which, in turn, influenced his research agenda. The cases that he first prepared for his students found their way into his landmark book, The Wide Lens: What Successful Innovators See that Others Miss. Hailed as a “path-breaking perspective on innovation” by Clayton Christensen, author of The Innovator’s Dilemma, the book has proven an essential guidebook for executives looking to grow their company through the creation of new products and services. Since it was first published in 2012, the book has received numerous awards and has been translated into six languages, resonating with professionals around the world.

In addition to teaching in the MBA program and for Tuck Executive Education, Adner is now at work on his next book. “The Wide Lens showed how the way we think about creating new value changes when we see the big picture,” Adner explains. “This next project is about how a holistic wide lens perspective fundamentally changes how we need to think about competition and disruption.”

Ron Adner received the 2015 Ghoshal Award for Rigor and Relevance in the Study of Management.

How To Reach Consumers Today

Tuck professor Kevin Lane Keller shares his latest research findings on how to use various forms of communication to reach consumers.