Are adults—in America and around the world—failing their children? Matthew J. Slaughter and Matthew Rees share an important wish for the New Year.

The U.S. Department of Education’s biennial assessment found that about two-thirds of U.S. fourth-graders and eighth-graders are not proficient in reading.

In the spirit of this season of anticipation and joy for so many around the world, we are going to share a single end-of-year holiday wish.

It is not a wish about our usual fare of the U.S.–China trade war, or Brexit, or immigration policy. No, it is a wish about children.

Our end-of-year holiday wish is that 2020 might bring a renewed concern about and focus on children—especially in the United States, but to some extent everywhere in the world. We say this because time and again, 2019 delivered a cadence of bleak news about how we grown-ups are failing our children. We are failing on several fronts: to provide them adequate means for their health, to build their human capital needed to thrive in tomorrow’s global economy, and to bequeath them a planet with a stable climate.

Start with this sobering fact: that in the United States today—the richest country on the planet, where last year’s GDP topped $20.5 trillion—over one in five children, 21 percent, live in households that are under the poverty line. A growing body of research shows all the ways that childhood deprivation tends to handicap opportunities for decades. “Children living in deep poverty have the worst outcomes among all children on important health and development indicators,” according to a comprehensive report published earlier this year by the National Academies. And, sadly, this prevalence of childhood poverty has been with us far too long. In 2013, UNICEF examined the well-being of children in 28 other developed countries across five dimensions—material well-being, health and safety, education, behaviors and risks, and housing. Among the 29 countries studied, UNICEF found that U.S. children ranked 26th (children in the Netherlands were 1st).

In the United States today … over one in five children, 21 percent, live in households that are under the poverty line.

This ranking partly reflects that children in the United States have higher mortality rates and shorter life expectancy than children in many other developed countries. This, in turn, partly reflects higher incidence of health problems such as obesity. Nearly 14 percent of U.S. children aged 2 to 5 are obese; nearly 20 percent of children 6 to 19 years old are obese, up from just 5.2 percent in the early 1970s. Today, the U.S. military disqualifies nearly one in three people who wish to serve—most of them young people—because they are obese.

A complex set of factors underpins the rising obesity rate (in children and in adults). The onslaught of marketing of unhealthy food and beverages to children—documented recently by the University of Connecticut’s Rudd Center—certainly doesn’t help. One analyst has pointed out that, “The amount of funding spent to promote healthy foods, which is mostly via federal nutrition education dollars such as WIC and SNAP-Ed, is dwarfed by food marketing which is mostly for unhealthy and ‘treat’ foods and beverages. I fear we will never make a big dent in diet-related chronic disease until we level this playing field.”

Just as the effects of obesity can hamstring a child for decades, so can a poor education. And this is a second critical area where America’s children are not being adequately cared for. Several weeks ago, the U.S. Department of Education issued its biennial assessment of learning in America’s schools. This latest assessment is, in a word, bleak. Lowlights included that about two-thirds of U.S. fourth graders and eighth graders are not proficient in reading. For both these age groups, median reading skills in 2019 were lower than in 2017—and were virtually unchanged from where they were way back in 1992. Median math abilities ticked up for fourth graders but down for eighth graders. And, beneath these averages, inequality continues to rise. “Compared to a decade ago, scores at both grades in both subjects were lower or not significantly different for lower-performing students at the 10th and 25th percentiles.”

The human capital of America’s children is stagnating not just over time, but relative to other countries. Last month the Organisation for Economic Co-operation and Development issued the 2018 results of its Programme for International Student Assessment. Starting in 2000, every three years PISA has measured how well 15-year-old students throughout the world “have acquired key knowledge and skills that are essential for full participation in modern societies” in reading, science, and mathematics. Seventy-nine countries and economies participated in the 2018 wave, all the 36 OECD members (a group of high-income countries) plus another 43. How did American kids do? Yet again, decidedly mediocre.

The human capital of America’s children is stagnating not just over time, but relative to other countries.

In reading and science American students scored slightly above the OECD average, but in math they were markedly below the OECD average—fully 36 countries scored higher averages in math. In all three subjects, U.S. mean scores have been flat for at least a dozen years; in reading, U.S. performance has been flat all the way back to 2000. Indeed, in 2018 in reading, only 13.5 percent of all U.S. students scored in the top two levels of what the OECD terms “top performers.”

It is human capital, more than any other asset, that determines an individual’s chances of thriving in the dynamic global economy of the 21st century. How can America (and so many other countries) continue to build so little human capital in so many of their children?

Finally, where our children, when adults, might fault us most is with our—and, eventually, just their—climate. There is now a strong consensus among scientists that the world’s average temperature is rising and that a major force causing this rise is carbon dioxide emitted through human industrial activity. According to NASA, 2014 through 2018 marked the hottest five-year period in recorded history. Similarly, current estimates are that the Northern Hemisphere’s 2019 summer was tied with 2016 for the warmest ever on record—with a mean temperature that was 2.03 degrees Fahrenheit (1.13 degrees Celsius) above the 20th-century average.

Children are particularly vulnerable to all this, as noted in a November report published by The Lancet. “A child born today will experience a world that is more than four degrees warmer than the pre-industrial average, with climate change impacting human health from infancy and adolescence to adulthood and old age,” wrote the authors. “Across the world, children are among the worst affected by climate change.” Indeed, the lead author of a policy brief accompanying the report told the New York Times, “Climate change, and the air pollution from fossil fuels that are driving it, threatens the child’s health starting in the mother’s womb and only accumulates from there.”

Leaders and citizens of scores of countries are increasingly alarmed about global warming and climate change. For example, in December 2018 the U.S. government issued its Fourth National Climate Assessment, with the foreboding overview finding that, “Climate change creates new risks and exacerbates existing vulnerabilities in communities across the United States, presenting growing challenges to human health and safety, quality of life, and the rate of economic growth.” In a December 2018 NBC News/Wall Street Journal survey, 66% of Americans say that either “some action should be taken” (21%) or “immediate action is necessary” (45%) to address global climate change.

So, what are the world’s leaders doing about global warming and climate change? By any reasonable scientific standards, nowhere near enough. As we wrote earlier this year, in America the Green New Deal fails to include any meaningful carbon tax or cap-and-trade system to address the negative externalities of CO2 emissions, without which America and the world keep emitting carbon dioxide, day in and day out, just like before the Green New Deal resolution was submitted in the U.S. Congress. Indeed, earlier this month scientists affiliated with the Global Carbon Project projected that global CO2 emissions in 2019 will have risen yet again, by about 0.6 percent, to 36.8 gigatons. Said Rob Jackson, chair of the GCP and a professor of Earth science at Stanford, “We’re blowing through our carbon budget the way an addict blows through cash.”

And after a record-duration two weeks and two extensions, yesterday in Madrid the annual United Nations Framework Convention on Climate Change, or COP25, ended in profligate disarray with a failed attempt to establish new rules for a global market in carbon trading. The Financial Times reported that negotiations “descended into open bickering on the plenary floor in the final hours. Delegates appeared to be exhausted after all-night negotiating sessions on Friday night and Saturday night as negotiators raced to salvage a deal.”

Are our children giving us credit for these inadequate efforts? Hardly. Time 2019 Person of the Year, 16-year-old Greta Thunberg, excoriated us grown-ups in September when speaking before the United Nations.

“This is all wrong. I shouldn’t be up here. I should be back in school on the other side of the ocean. Yet you all come to us young people for hope. How dare you! You have stolen my dreams and my childhood with your empty words. And yet I’m one of the lucky ones. People are suffering. People are dying. Entire ecosystems are collapsing. … You are failing us. But the young people are starting to understand your betrayal. The eyes of all future generations are upon you. And if you choose to fail us, I say: We will never forgive you.”

In the United States and around the world, in far too many ways we adults are failing our children. Thus, the end-of-year wish of us two Matts: that in 2020, leaders everywhere—in the private sector, in the public sector, and in civil society—devote more attention, time, and resources to children.

We have laid out the bleak context of this wish not to play Scrooge amidst Christmas, Hanukkah, and other approaching holidays. Rather, we have done so precisely because so much of the season’s focus is on the sacred mysteries and joys of children. We adults—as Tiny Tim would say, “every one!”—have the opportunity in the new year to start being less intergenerationally selfish. By the close of Charles Dickens’s A Christmas Carol, even Scrooge found that sort of spirit. Happy New Year. 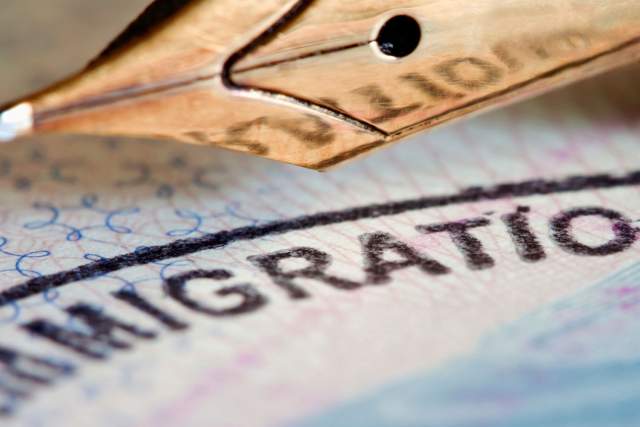 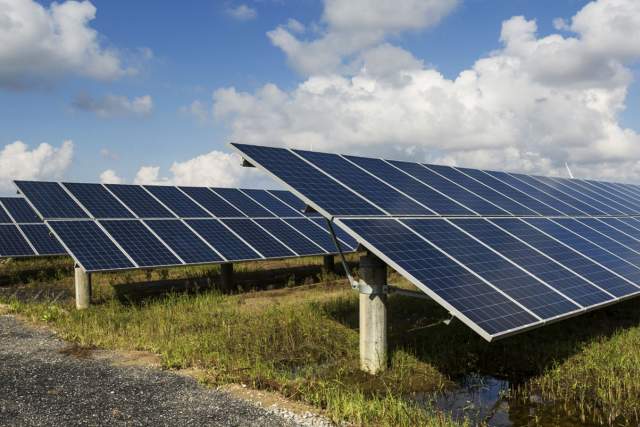