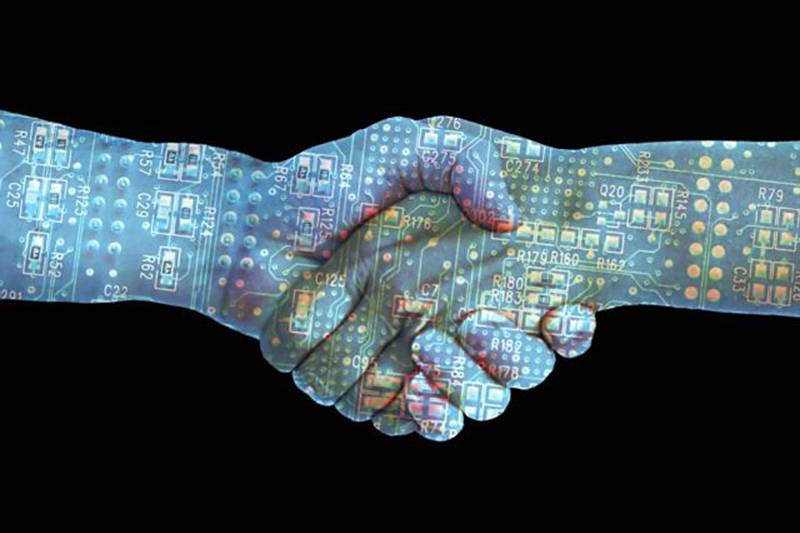 Thanks to relentlessly ongoing increases in the speed and accessibility of computing power, money can now be moved from Point A to Point B (and beyond) faster, cheaper, and easier than before. And with many established institutions stuck with either legacy systems or legacy thinking (which can be an even bigger obstacle to change), as well as regulations that limit their flexibility to act, nimble new actors are striving to gain market share.

Many of these new actors are drawing on blockchain, one of the potentially transformative technologies. While commonly associated with bitcoin—and all of the liabilities connected to that digital currency—the blockchain technology rests on the ability to settle accounts (credit and debits), regardless of the currency. The following visual illustrates how the technology works: 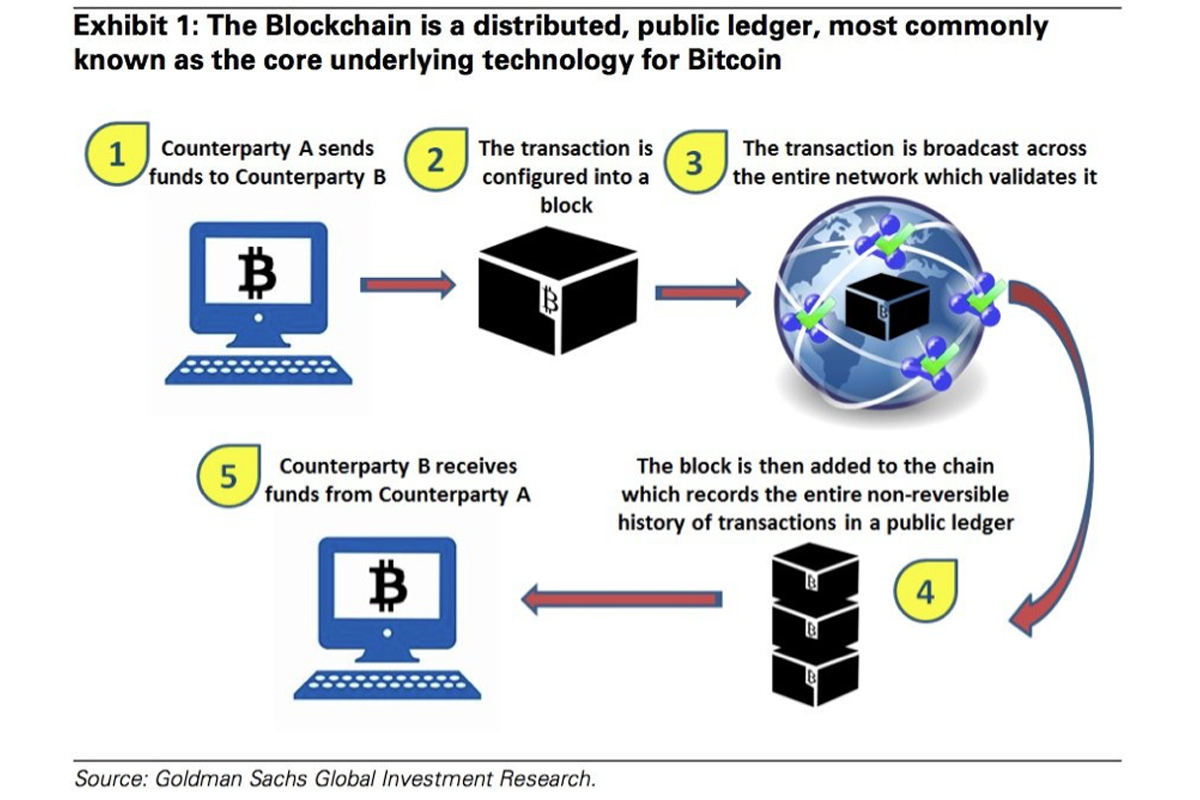 What makes the technology appealing, according to a reporter for Barron’s, “is that, by removing many of the layers of complexity for settlements and clearing, it reduces time and cost in payments and contracts. The fact that no one owns it creates a power vacuum that lots of parties are rushing to fill.”

Underscoring blockchain’s potential are the investments being made in blockchain-related products by many of the world’s largest financial institutions. (A handy ranking of these institutions, on the basis of their enthusiasm for blockchain, can be found here.) A few weeks ago, Goldman Sachs filed for a patent on a blockchain-based cryptocurrency system.

These institutions see both the opportunity and the threat posed by blockchain. It’s one of the technologies Visa cited recently in a remarkably candid statement about the challenges looming for the credit-card giant.

Big data is another force for disruption. A new breed of lenders, for example, are assessing credit risk by plugging into alternative sources of information. The battery-draw example above comes from a California-based firm called InVenture. Upon downloading InVenture’s app, the company’s algorithms sift through the wealth of information contained on your smartphone to determine creditworthiness. Receive more text messages than you send? High probability of repayment. Quickly drain the battery in your smartphone? Sorry: lower probability.

Why the focus on batteries rather than more traditional, more direct measures of financial wherewithal? Today InVenture lends only in Africa, where credit scores are far less established. But if InVenture—and the many others like it—show even a modicum of success, their innovations almost surely will migrate to more-developed markets to at least complement, if not substitute for, those traditional processes.

Another pressing challenge for large banks, particularly in the United States, is the migration of so-called “millennials” (people aged 18-34). Most of them have grown up in the online world, and surveys indicate they have no strong attachment to traditional banks. A survey of 10,000 millennials has revealed that one-third of them felt they wouldn’t even need a bank within five years. Will these millions truly become “unbanked”—or will new fin-tech providers arise to provide various pieces of banking services in ways that are today unimaginable?

For everyone, a key determinant for the speed and scope of disruptive innovation will be security. It remains to be seen whether established institutions or startups are better at protecting against fraud and hacking. Today, established institutions seem more likely to protect their customers than the smaller startups, as those defrauded through popular apps like Venmo have discovered. As IT continues to breed fraud as well as progress, any firm—old or young—will need to evolve to be as secure as possible.

We have noted previously that finance remains essential to the health and vitality of all economies. Fin-tech competition is a welcome development for all the usual reasons of boosting responsiveness to customers and overall efficiencies. That said, as with all other industries, the innovation will also bring destruction of those incumbents not nimble enough to adapt. Cue JPMorgan Chase, which last week announced it is partnering with an upstart firm, OnDeck Capital, to accelerate the process of getting loans to small-business customers.

Expect other large banks to take similar steps. No one—including us—can predict how all of this will evolve.  We can predict that many years on, how you and we save, borrow, and transact will be radically different than how we do so today.