Slaughter & Rees Report: There Is No “I” in Team—The Ryder Cup

As you read this Monday morning missive, most of you who are golf fans are either ecstatic or despondent. Yesterday in the gloaming at Hazeltine National Golf Club in Minnesota, either the U.S. or European team hoisted in victory the Ryder Cup (actual size quite small—just 17 inches tall and about four pounds in weight), while the other team watched longingly. 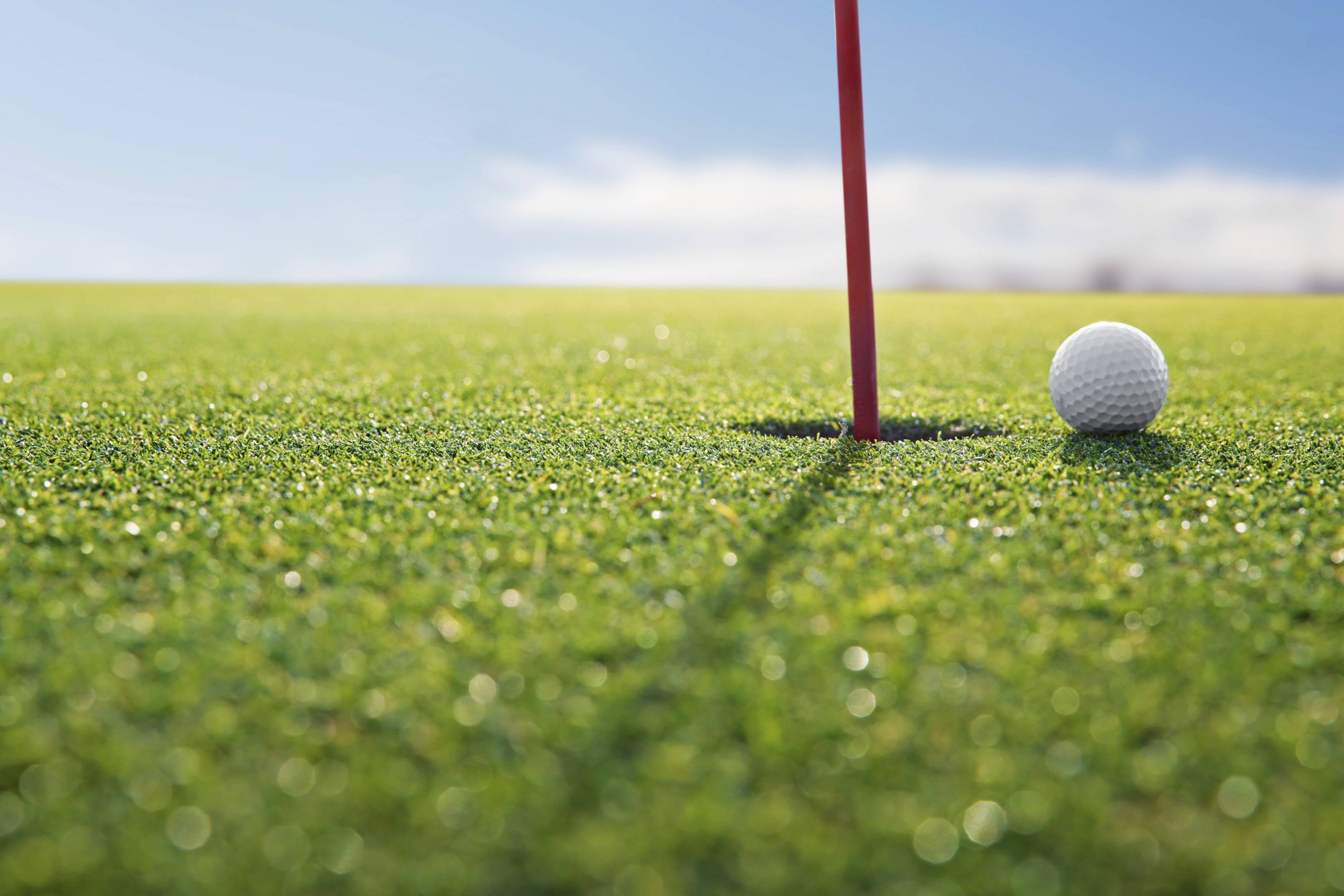 As you read this Monday morning missive, most of you who are golf fans are either ecstatic or despondent. Yesterday in the gloaming at Hazeltine National Golf Club in Minnesota, either the U.S. or European team hoisted in victory the Ryder Cup (actual size quite small—just 17 inches tall and about four pounds in weight), while the other team watched longingly.

One of your correspondents, an avid but mediocre golfer, is especially keen on this year’s biennial match—not just because he grew up minutes away from Hazeltine but because he luckily attended yesterday’s final day of play.

In the early fall every two years, across a three-day tournament, the Ryder Cup pits 12 professional U.S. golfers against 12 professional European golfers, with each side selected by a team captain (this year Davis Love III for the United States and Darren Clarke for Europe). Established in 1927, the competition originally matched the United States against Great Britain only—with Irish golfers joining the British team in 1953. In 1979 the “Over-There” side was expanded to include all of Europe mainly because (not to be jingoistic) the U.S. team was so dominant. But in the past generation Europe has dominated the Americans: since 1995, the U.S. team has won just twice.

We write all this not to bore you non-golfers, but rather because the Ryder Cup so vividly exemplifies a challenge that is both subtle yet vitally important for almost every business and not-for-profit in today’s world: How should organizations set pay and structure to incent performance?

The Ryder Cup fascinates in part because both its incentives and its structure differ from the world of professional golf in two fundamental ways. In the Ryder Cup the incentive is national and team pride, not money. And the structure is teamwork, not individual excellence.

Start with incentives. Week in and week out, professional golfers of Ryder Cup caliber compete for money—and lots of it. Consider the PGA Tour, which generally attracts the world’s highest-quality players (including several members of the European Ryder Cup team who play primarily in the PGA Tour’s events that are on American soil, not in events on the European tour). Across the 55 PGA Tour events in 1970, the total winnings competed for was $5.5 million. What was the total purse across the 45 events in 2012? A staggering $279 million. In the 2016 campaign, in many weeks the total purse hit at least eight figures: for example, the $10 million purse of The Masters. The PGA tour’s leading money winner this season is U.S. Ryder Cup team member Dustin Johnson, who in just 22 tournaments has earned a total of $9,365,185. And these figures report just on-course earnings: superstar golfers have long earned a multiple of on-course earnings through off-course activities including endorsements, play-for-fee junkets, and course design. (Let us here tip our caps to the legendary Arnold Palmer, widely acclaimed the “King of Golf,” who died last week at the age of 87 after a career that spanned generations even though he won his last major championship in 1964 thanks to off-course activities, including nurturing his eponymous drink.)

What is the purse at stake in the Ryder Cup? Nothing. There is no prize money. Why earnings on the PGA tour have exploded in recent decades is a fascinating tale starring mainly globalization and technological change. The world’s demand for—and thus compensation of—superstar golfers has risen thanks to forces such as the internet and the evolving leisure tastes of hundreds of millions in China and other emerging markets. (We recently wrote about such forces here, in memorializing the economic lessons of recently deceased Prince, who lived mere minutes from Hazeltine National Golf Club.) But the point here is simply that the Ryder Cup presents golfers with a fundamentally different incentive: national and team pride, not money.

Now consider structure. On the PGA tour, each golfer is a sole entrepreneur (notwithstanding the now-common “team” surrounding many top golfers of swing coaches, trainers, psychologists, and so forth) in a form of competition called stroke play. This means that across the four rounds (and thus 72 holes) of a tournament, each player tallies total strokes played hole by hole—where you must keep taking strokes on every hole until you finally get the ball into the hole—and rankings and earnings simply march from fewest total strokes onward. In particular, no single stroke is any more or less important than the other, and each player is basically competing against the course to minimize the number of strokes.

The structure of the Ryder Cup is wildly different. What is tallied is holes won rather than strokes taken in each match, with one total point for either team the prize in each match—a total that can be halved because some matches end in ties. Each match is set for 18 holes, but most last fewer than 18 because one side gets so far ahead of the other that there are too few holes left to possibly catch up. (For example, if the two teams come to the 17th tee and one team holds a two-hole lead, then the match ends with a point to the winning team scored as “2&1,” meaning that the winning team was ahead by two holes with just one hole left to play.) Players are pitted against each other—in pairs the first two days, and singly on the final day—rather than against the course. The team play is especially complex in the two-on-two matches known as foursomes. In a foursome match the two players on each team play just one ball between them. Thus on each hole of a foursome match does one player hit the tee shot, his teammate hit the subsequent shot, and so forth alternating shot by shot. Oh, and in every Ryder Cup format there is the subtle dynamic of being able to concede a putt to the opposing team, such that they do not have to get the ball all the way into the hole. A tremendous amount of gamesmanship arises in Ryder Cup play based on when teams do—and, often more importantly, do not—concede putts to their opponents.

No doubt most of you non-golfing readers are by this point keen to take up the game. For now, however, our point is one of economics rather than leisure. The Ryder Cup presents to players a wildly different set of incentives and structure from how they typically compete. Not coincidentally, across these two very different settings players often perform very differently.

Perhaps most notably, some of the most successful U.S. golfers on the PGA tour have struggled in Ryder Cup play. Tiger Woods set or shattered a number of individual-performance records, such as winning 14 major tournaments (second only to Jack Nicklaus’s record 18 majors). But in the Ryder Cup he is a career loser: 13 wins against 14 losses and two ties in terms of individual performance, and across six Ryder Cup teams he played on the U.S. he won only one while losing five. In contrast, Europe has spawned a number of lionized players who were relative journeymen on the individual tour but shined in Ryder Cup play. Consider Colin Montgomerie never won a major golf tournament—and, fairly or not, was often criticized for not having the mettle to close the deal in close majors he ultimately lost. But he played on five winning Ryder Cup teams; he stands third in terms of all-time points won, at 23.5; and he remains the only player in the modern Ryder Cup era to secure the winning point twice (in 1997 and 2004).

Gallons of ink have been spilled among the legions of vexed trying to analyze why such talented individual U.S. players tend to fare poorly in the Ryder Cup. After the third straight drubbing by the Europeans in 2014, at the Sunday evening press conference in front of the world a furious Phil Mickelson excoriated team captain Tom Watson. Since that time, new U.S. captain Davis Love III has brought in seemingly scores of advisers and co-captains and so forth, all in an attempt to coax better performance from the U.S. team. Snarkily or perceptively, depending on your perspective, many have argued that American players—like America overall—tend to be too selfish and too focused on money relative to their gregarious, better-angels European counterparts. Thus, perhaps, Davis Love’s decision to group his team into three “pods” of four golfers each, to better build camaraderie and trust within likely pairings.

As you read this, the world will see if these concerted results paid off. But the fascinating lesson for all of us is that organization design matters for organization performance. How an organization entices high productivity from happily engaged workers is often art, not science, that involves a complex interplay among leaders, managers, structure, and incentives. Read about the latest Ryder Cup and enjoy not just the thrill of athletic competition but also a case study for how you and your organization can fare better starting today. Fore!