One thing that unites all of the world’s companies and consumers is the need to comply with the rules and regulations of the jurisdiction in which they operate or live. 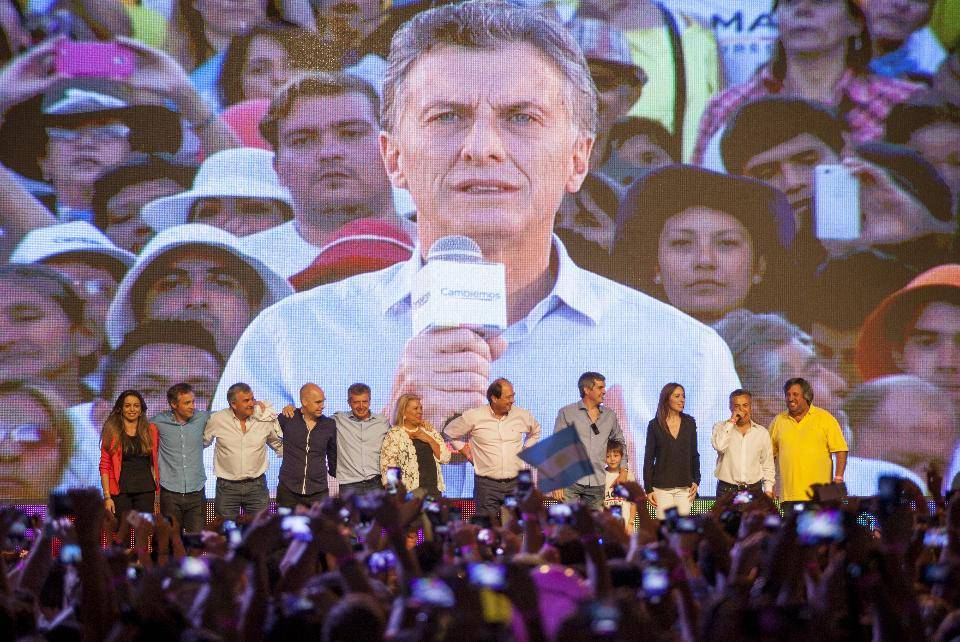 One thing that unites all of the world’s companies and consumers is the need to comply with the rules and regulations of the jurisdiction in which they operate or live.

The quality of those rules and regulations, and the institutions underpinning them, can vary widely. This variation, in turn, so often has so much to do with political leaders. And this variation drives so much of whether countries thrive or struggle. One of the most insightful studies of all this was the 2012 book, “Why Nations Fail,” by leading scholars Daron Acemoglu and James Robinson.

One of the world’s most vivid case-study couplets of how leaders shape institutions—for better or for worse—is Venezuela and Argentina, the latter of which Matt the dean travels to later today for the annual meeting of Tuck’s Latin American Advisory Board. Last year we wrote about the struggles of these two countries; since that time, the divergent choices of their leaders have been breathtaking.

Once a stable, middle-class country, Venezuela has devolved into a tragic basket case. Economic output declined 10 percent last year and the International Monetary Fund projects it will decline another 8 percent this year. Last year’s officially reported inflation rate was about 100 percent, but the skeptical IMF put it at 275 percent and has said it could reach 720 percent this year. Predictably, there’s a shortage of everyday goods, leading to a recent declaration by the government that Venezuelans should start growing their own food and raising chickens in their homes.

President Macri has implemented a number of reforms including lifting currency controls and reducing export taxes."

The collapse in oil prices has made a bad situation worse for Venezuela, because 95 percent of the country’s export earnings—and half of the funding for its federal budget—come from oil. But the country’s slide began long before the plunge in oil prices, and this slide is largely a byproduct of reckless public policy. Federal spending skyrocketed under the former prime minister, Hugo Chávez. Gasoline has effectively been free for two decades, which has cost the country billions of dollars in lost revenue. Chávez also inserted himself into the operations of the country’s state-owned oil company. Not coincidentally, between his election in 1999 and his death in 2013, oil output declined 25 percent. And the regulatory climate became acutely hostile for entrepreneurs and existing businesses alike. According to the World Bank’s “Doing Business” survey, today it is fourth-worst in the world—ahead of only failed states South Sudan, Libya, and Eritrea.

Chávez’s successor, Nicolás Maduro, lacks some of his predecessor’s bluster, but he is cut from the same cloth. Last month, he used the country’s Supreme Court to overrule the parliament, which enacted emergency powers to try to tackle the economic crisis. Maduro has taken one tiny step toward undoing one of Venezuela’s ruinous policies. A few weeks ago he raised the price of fuel from virtually free—one cent per liter—to 60 cents per liter, though still leaving the country with the world’s least expensive fuel.

In stark contrast to Venezuela stands Argentina. The country’s newly elected president, Mauricio Macri, has been working diligently in his first 100 days to undo the extraordinary damage done by his predecessor, Cristina Fernández de Kirchner. In 2014 Argentina (again) defaulted on its sovereign debt, emblematic of her rash approach to economic policy. In 2013 the country was censured by the IMF for manipulating economic data.

In his short time in office President Macri has implemented a number of reforms, including lifting currency controls and reducing export taxes. He has also instructed his government to reach an agreement with the hedge funds holding defaulted Argentine debt. Ms. Kirchner’s refusal to negotiate with the creditors, who she eviscerated as “vultures” engaged in “economic and financial terrorism,” led to legal judgments against Argentina that culminated with the country being shut out of the international debt markets. Renewed access to those markets should help build business and household confidence alike—above and beyond reducing the government’s cost of capital.

With President Macri marking a clean break with past policies, the country is already seeing rewards. President Obama has announced he will visit the country in a few weeks. Recovering from the Kirchner years will take time—perhaps a long time—but smart leadership can help Argentina return to its past glory. A century ago, the country’s per-capita income was about equal to the average income of the world’s 16 richest countries, according to The Economist. As of two years ago, the country’s income was just 43 percent of that same average.

Misguided public policy has long been a curse for scores of countries—most of all, denying higher standards of living and greater opportunity to hundreds of millions of people. President Macri is today’s best example that capable public leadership can overcome this tragedy.