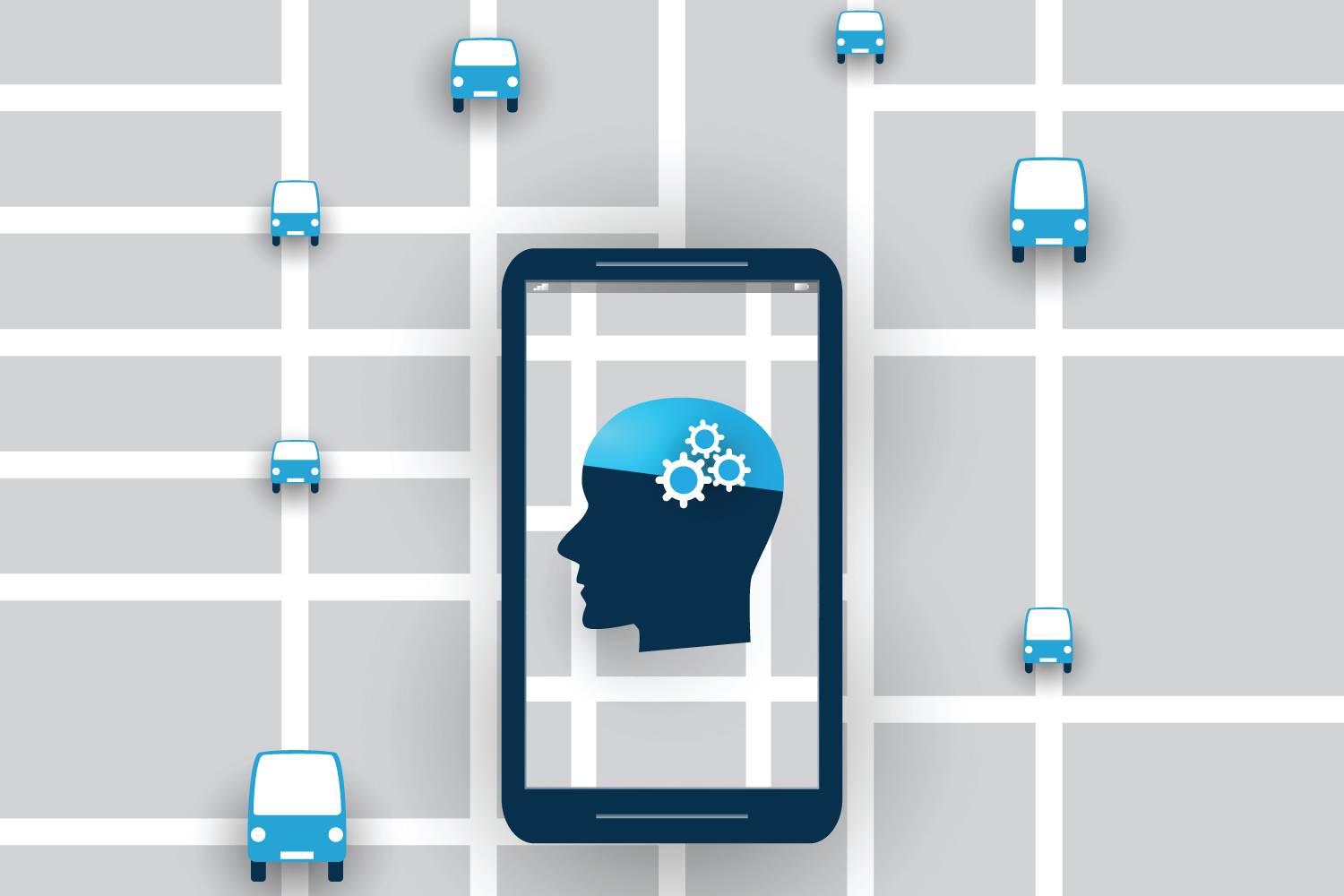 Hwang’s research finds that the success of autonomous vehicles will depend on improved mobility experience.

Robin Hwang T’18 realizes he came of age in an important time in the history of technology.

Throughout his teens and twenties, he witnessed the wholesale transformation of mobile communications, from the pagers his friends used in middle school to the iPhone he depends on today.

When he came to Tuck, Robin wanted to dig deeper into his curiosity about technology, so he became a fellow at the Center for Digital Strategies (CDS). As part of that experience, he conducted a research project that compares the adoption of autonomous vehicles to that of smartphones. In the paper that came out of his research, he concludes that autonomous vehicle adoption will depend on how well technology and automobile companies can improve the existing mobility experience and create new user experiences.

The support of the CDS was crucial to Robin’s research. “From identifying the research subject to framing the approach, Patrick Wheeler, the associate director of CDS, helped me get to the right answers via the CDS’s expertise and its approach to learning,” Robin says. “The relationship that Patrick and I had was a thought partnership where we freely exchanged our ideas and challenged each other to articulate and refine the research.”

As Robin makes clear in “Autonomous Vehicles and Their Value Creation to User Experience”, the speed with which smartphones have penetrated the U.S. population has been staggering. In the year 2000, nearly 23 percent of U.S. adults figured they would not own a cell phone. Today, Americans spend, on average, 3.3 hours per day using their mobile device. Robin is no different. “I can’t live without my cell phone,” he says. “It’s a tool I use to connect with everyone in my life, and to understand what’s going on around me and around the world. Twenty years ago, no one was doing this, which is quite astonishing.” What allowed smartphones to captivate us, Robin says, was the user experience it suddenly afforded: internet browsing on par with a desktop, and the App store ecosystem that encouraged developers to produce apps for every person’s needs.

Companies seeking success in the autonomous vehicle space should focus on strengthening the current mobility experience through improved connectivity, punctuality, and better use of the interior space in the vehicle

Autonomous vehicles may be approaching a similar inflection point today. Conventional automobiles are so mundane, so etched into the fabric of our lives, that more than half of the U.S. population is doubtful about the adoption of self-driving cars. And yet, companies such as Google, Apple, Tesla and Intel are investing billions of dollars into developing autonomous vehicles, signaling intense competition for leadership in the market.

According to Robin’s research, which included a mobility experience survey of Tuck students, companies seeking success in the autonomous vehicle space should focus on strengthening the current mobility experience through improved connectivity, punctuality, and better use of the interior space in the vehicle. Moreover, autonomous vehicle firms should, like the App store, create completely new user experiences that leverage their revolutionary technology. Examples of such experiences could be: using your car as a concierge to run errands for you, using travel time to do work, or even enjoying a sunset coastal dinner in a mobile restaurant.

Along with facilitating student research, the CDS enables interactions with executives to support fellows and other students’ learning experiences. Examples including the Britt Technology Impact Series, one-on-one meetings with visiting executives and other engagements that allow students to create their own pathway of learning.

This spring, Robin saw that work in action. As part of the Britt Series, John Sherry of Intel Labs was giving a talk about the future of AI. Robin interned at Intel last summer and is returning there after graduation. Robin set up a private meeting with Sherry and explained his work on autonomous vehicles. Sherry noted that Robin’s study would be interesting for the team at Intel Labs working on autonomous vehicles, and invited Robin to give a presentation to the team in Portland later this year. “I think it’s pretty amazing to have these opportunities,” he says. 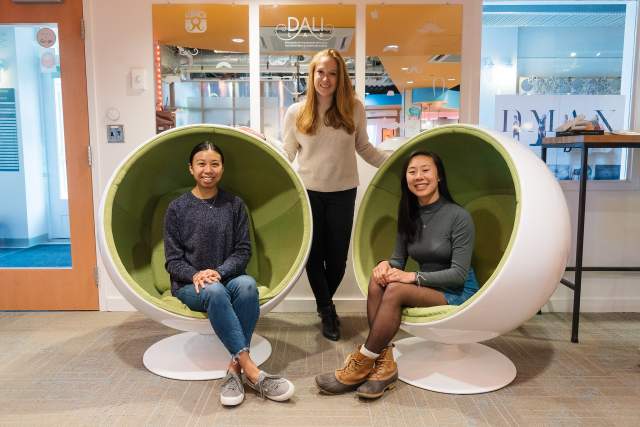 Angela Orzell T’19 is developing an app called Nudg that helps you keep on top of calls, texts, and email.