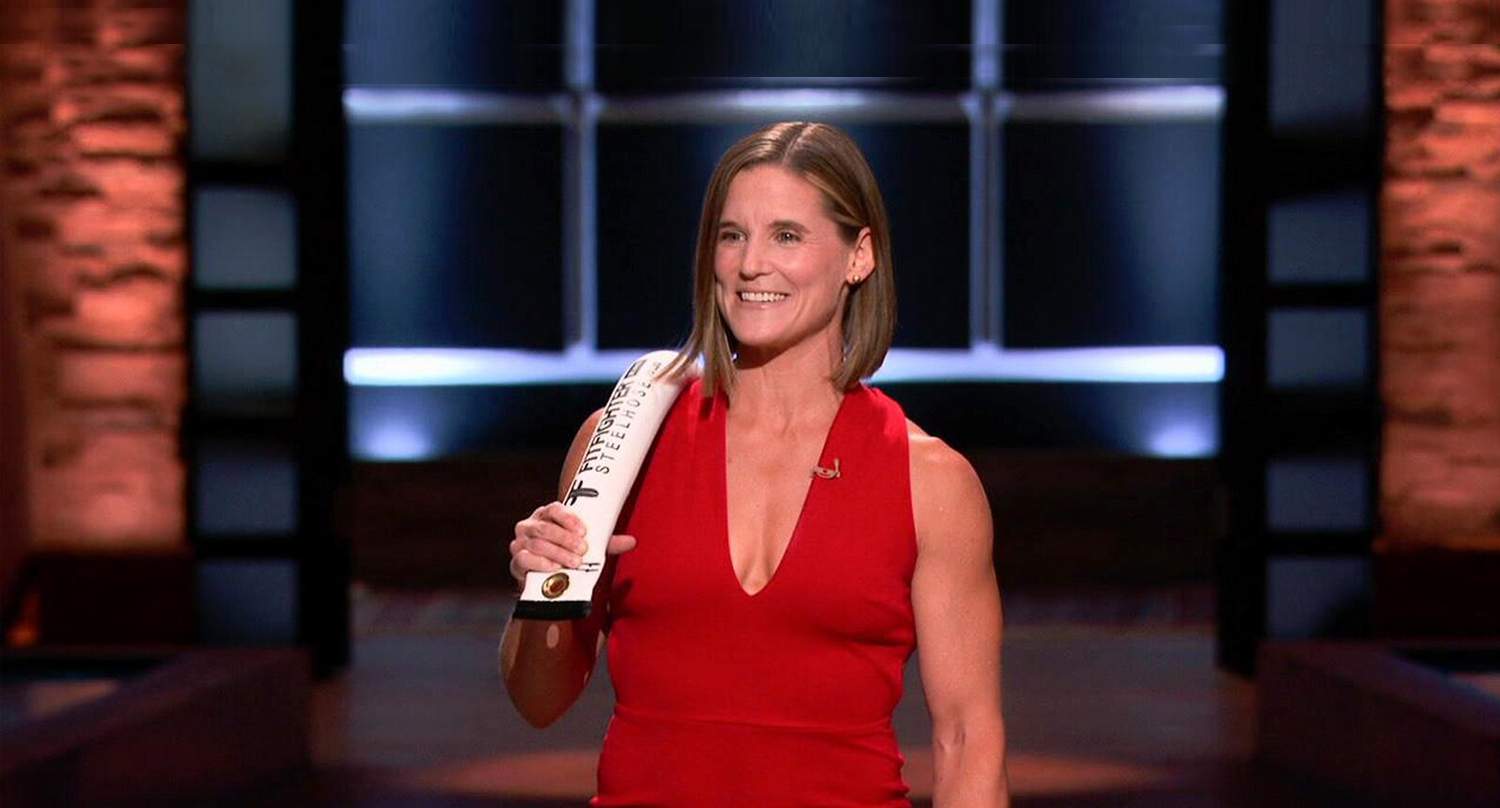 “Hi, sharks! My name is Sarah Apgar. I’m from Baltimore, Maryland and I’m the founder and CEO of FitFighter.”

This was the opening line of T’11 Sarah Apgar’s winning pitch to the now-famous team of sharks—including billionaire entrepreneur Mark Cuban–during the November 13 episode of ABC’s Shark Tank. An Iraq War veteran, mom, and former volunteer firefighter, Apgar came on the show seeking $250,000 for a 15 percent stake in her strength and conditioning company, FitFighter. 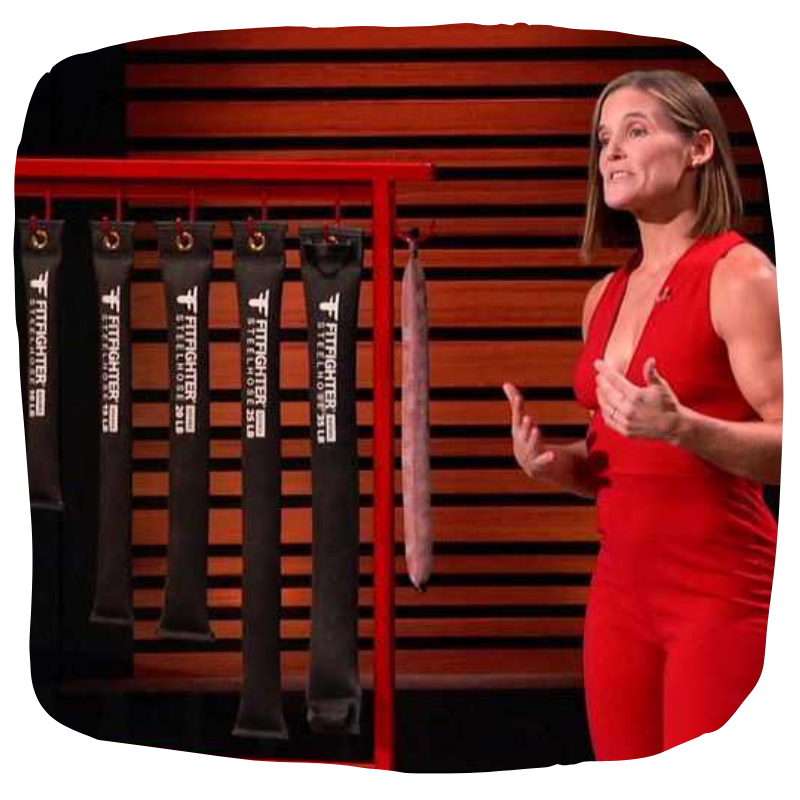 At a time like this, I think @SarahApgar can be a huge inspiration for our country. It’s obvious that she's committed to her community and passionate about uniting people through the spirit of service. #SharkTank

Inspired by firefighting, FitFighter is a professional education and performance program that prepares those who serve, trainers, athletes, coaches, and more. The training program features a patent-pending free weight called a Steelhose, made in the U.S. from real firehose and recycled steel. FitFighter now offers two Home Gym Sets, complete home workouts on its iOS App, a four-week workout program for moms including support resources, and free daily workouts from world-class trainers. A portion of FitFighter sales supports wounded veterans, fallen first responders, and now front line health care workers through the Stephen Stiller Tunnel to Tower Foundation. FitFighter’s tagline is “Train like a hero—like our nation’s bravest.”

During her pitch, Apgar led a live training demonstration with the Steelhose, which is available in various weights ranging from 5 pounds to 40 pounds. Apgar’s company most caught the attention of entrepreneur and guest Shark Daniel Lubetzky, founder of KIND snack bars, who offered her $250,000 for a 25 percent stake in her company. Apgar accepted the deal.

In a LinkedIn post, Apgar shared her excitement: “For the next chapter of the FitFighter story, I am so psyched to have a new FitFighter partner, Daniel Lubetzky, with whom I share a vision for the long game in coming together as communities, and with the best tools and resources, to keep people strong and healthy. Long term. Time for strength and impact.” 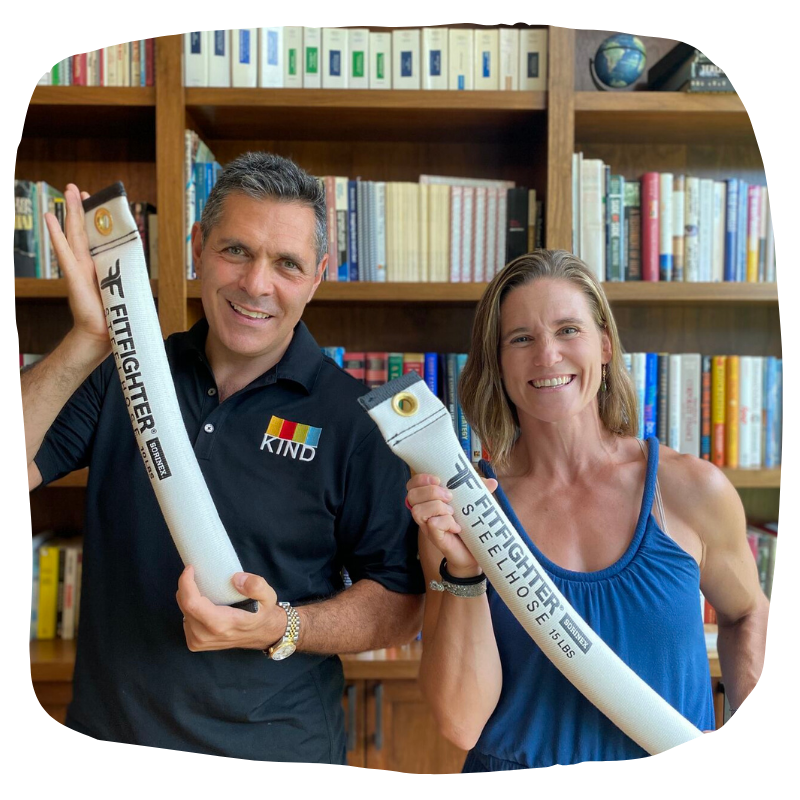 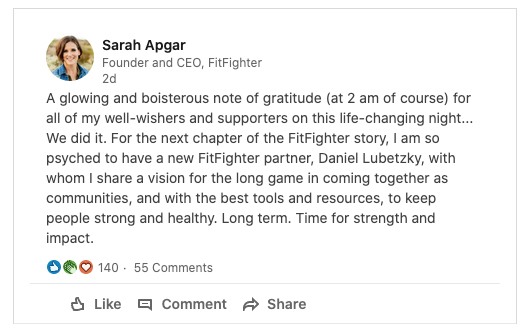 When Apgar shared with the sharks that she holds an MBA from the Tuck School of Business, Kevin O’Leary laughed and said, “You are such an underachiever!” Entrepreneur and Shark Lori Leiner added, “You do women proud.”

After serving as second lieutenant in Iraq, Apgar chose to pursue her MBA at Tuck, where she felt a strong connection with the veteran community. “My Tuck experience was pivotal,” says Apgar. “It marked this transition from my old life into the new. I still carry my military experience with me, but in terms of feeling, emotion, and lifestyle, it feels worlds away—and Tuck fits right in between.”

"My Tuck experience was pivotal. I still carry my military experience with me, but in terms of feeling, emotion, and lifestyle, it feels worlds away—and Tuck fits right in between."

After graduating from Tuck, Apgar took an executive position at Warby Parker. Missing the camaraderie of the Army, Apgar drove past an Open House at the Halesite Fire Department in Huntington, Long Island in 2012. She stopped and lingered long enough to sense the community. Apgar joined the following week and trained as an Emergency Medical Technician (EMT) and volunteer firefighter. While fascinated by fire ground activities and movements, Apgar noticed there wasn’t standardized fitness training in the fire service, so she began her own training routine using old firehose filled with unique material to mimic the feeling of a pressurized hose. That old piece of firehose filled with sand became the first prototype of the Steelhose equipment that is now FitFighter’s staple product, launched in the mainstream fitness market in 2019.

In a recent tweet, Lubetzky said of Apgar, “At a time like this, I think Sarah Apgar can be a huge inspiration for our country. It’s obvious that she's committed to her community and passionate about uniting people through the spirit of service.” 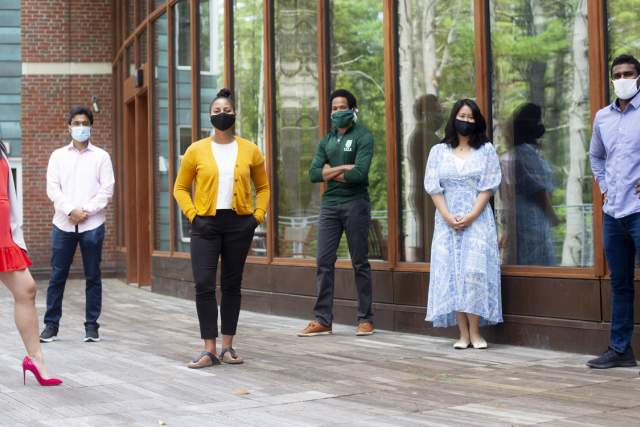 The 2020 Tuck Diversity Conference co-chairs weigh in on what this year’s theme, “Empowering Every Voice,” means to them. 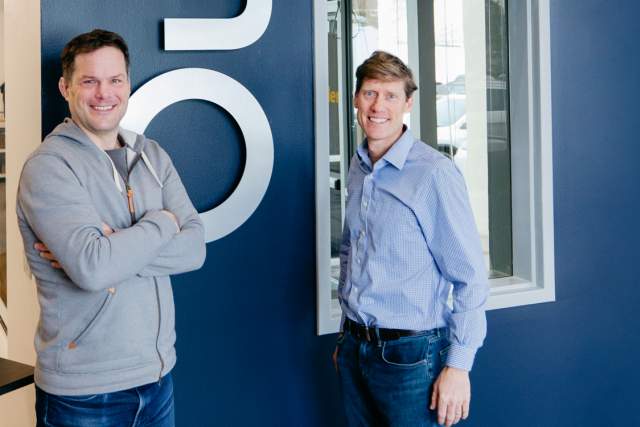