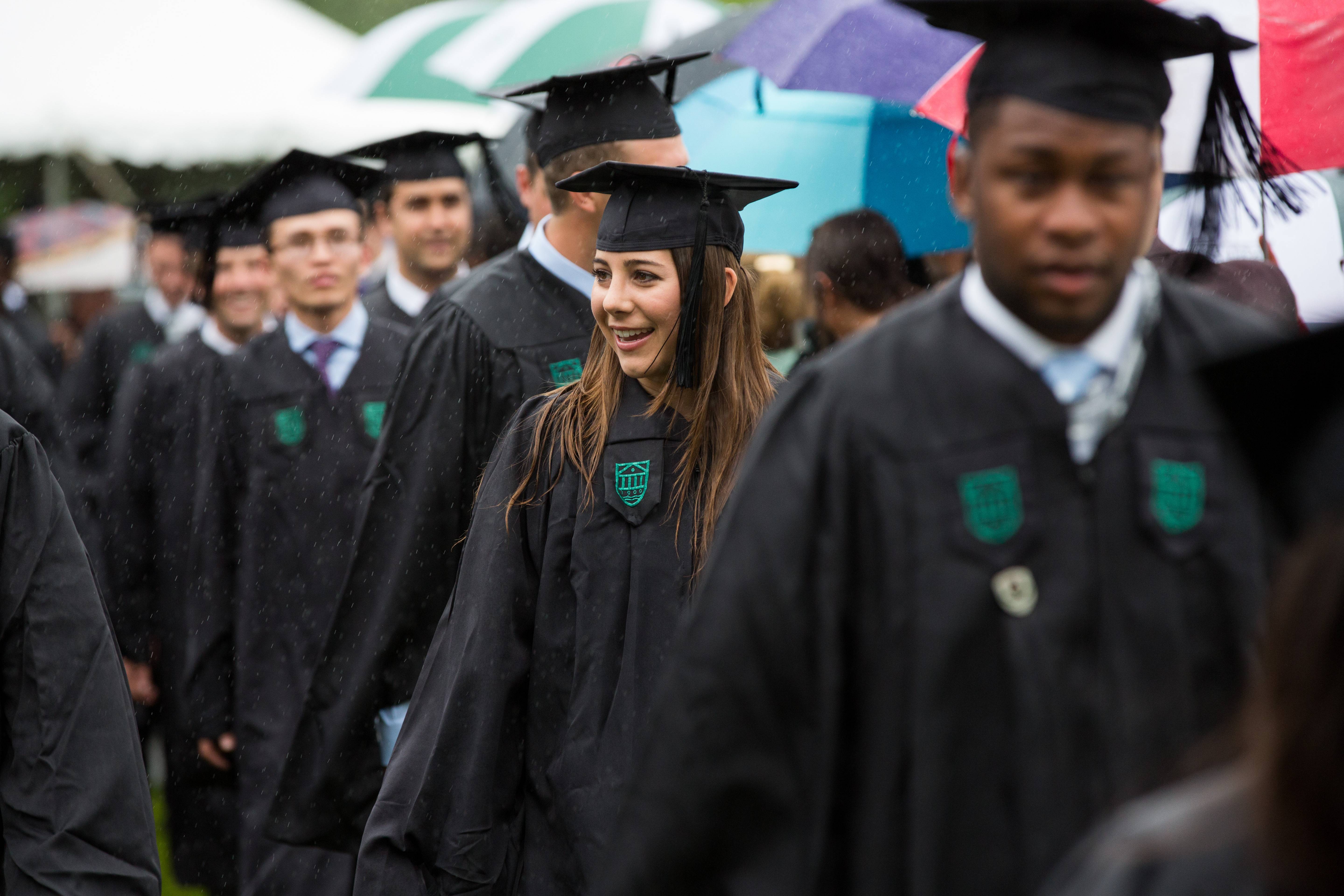 The 116th Tuck Investiture ceremony took place on Saturday, June 11 in front of Tuck Hall, where 276 MBA degrees were awarded to members of the class of 2016.

The keynote address was delivered by Dr. Daniel Yergin, a Pulitzer Prize-winning author and one of the world’s foremost authorities on energy and the global economy. Robert G. Thelen III T’16 delivered the class address.

DR. DANIEL YERGIN CHALLENGES GRADUATES TO RISE TO THE OCCASION 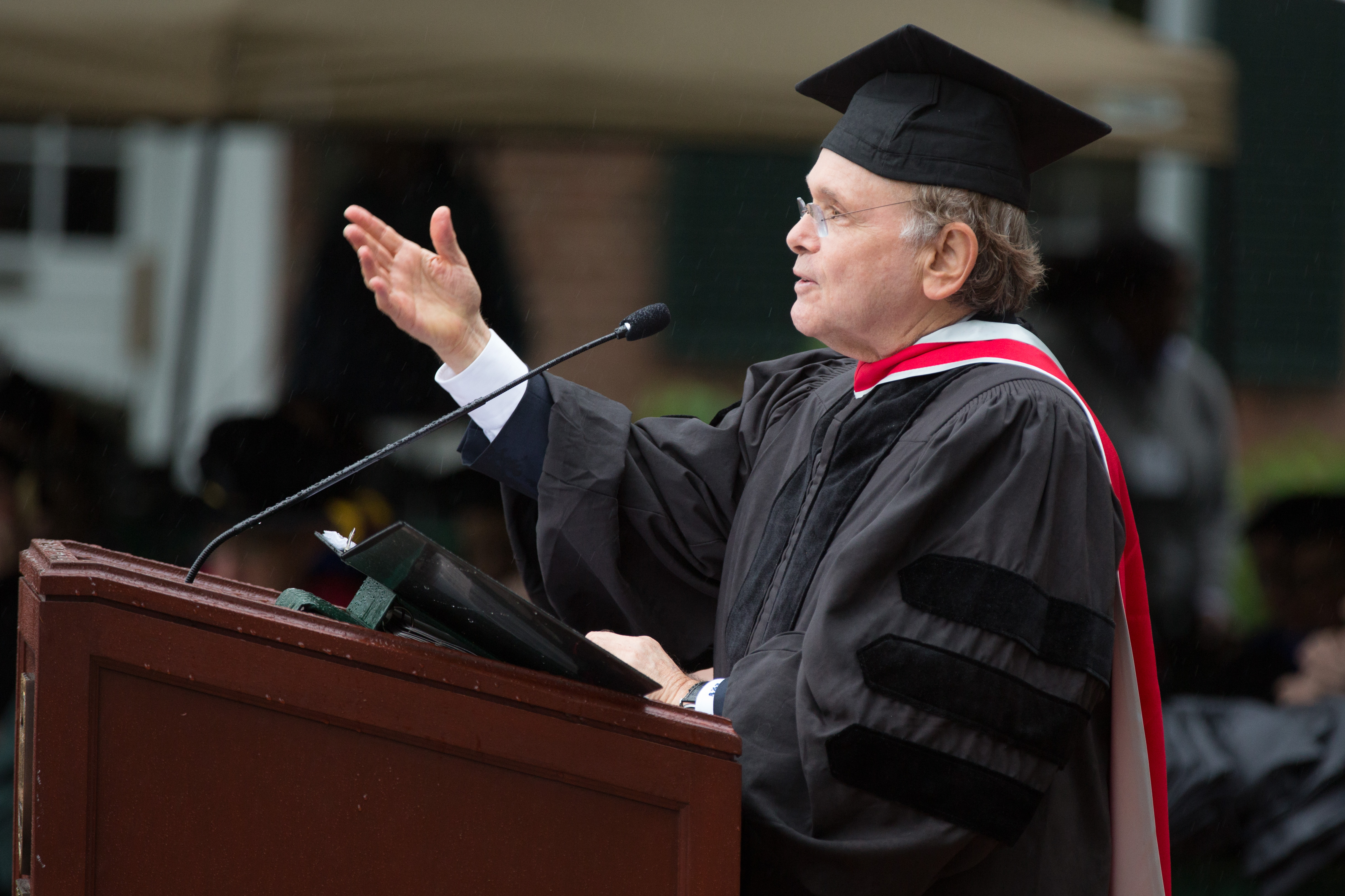 “Rebuild the trust and reset the balance of confidence on which a growing global world depends,” Daniel Yergin, author of "Commanding Heights," told graduates in his opening remarks. Read the full story or download the keynote address (PDF)

Yergin was also honored with the Dartmouth College honorary degree of Doctorate of Letters at Dartmouth’s Commencement ceremony on Sunday, June 12.

Watch the full day’s events, including the keynote address by Dr. Daniel Yergin. 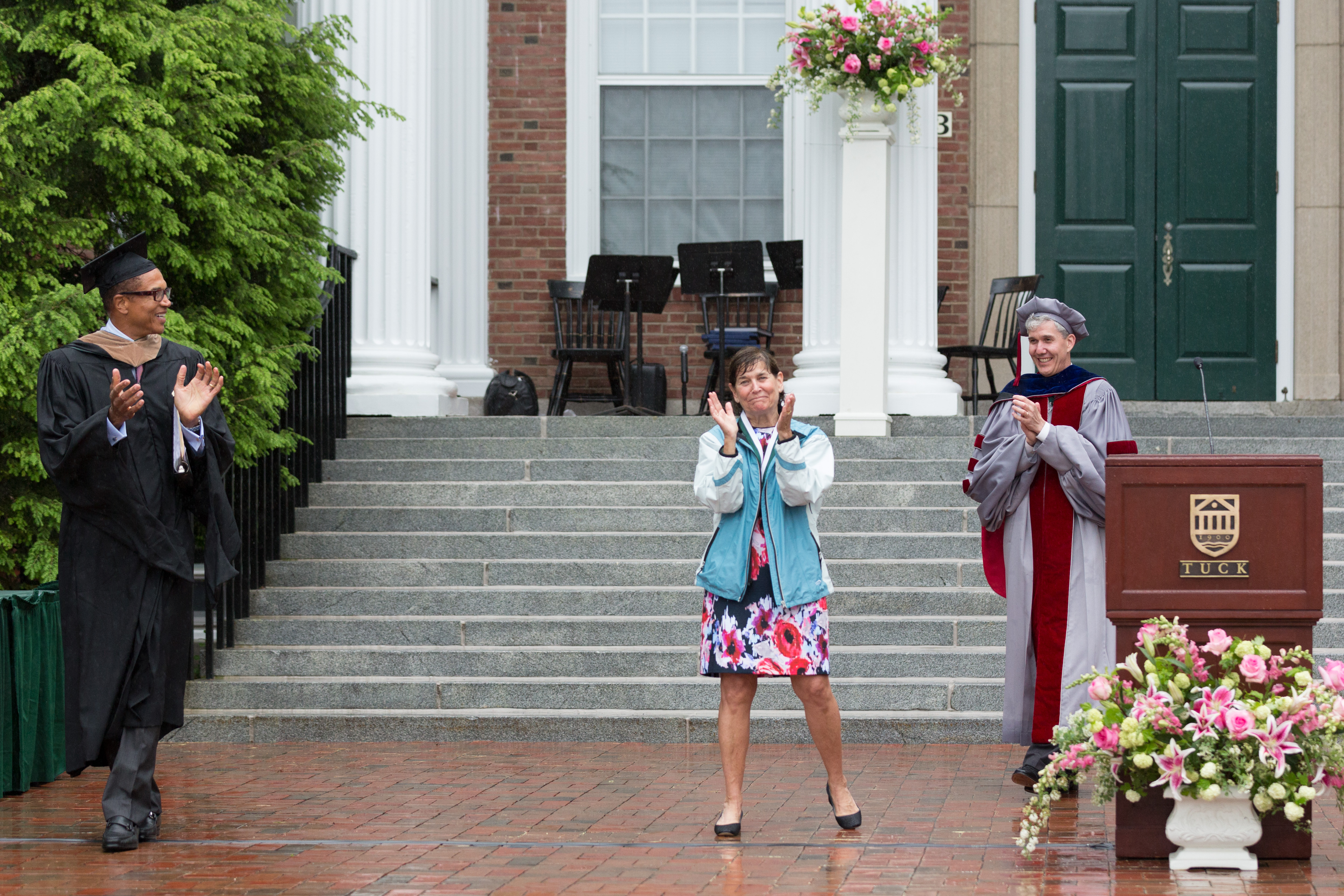 In recognition of her unfaltering dedication to the betterment of Tuck and the success of the students through mentoring, counseling, and leading, the Tuck School of Business Board of Overseers honored Sally O. Jaeger with the Overseers’ Medal for 2016. Download the citation (PDF) 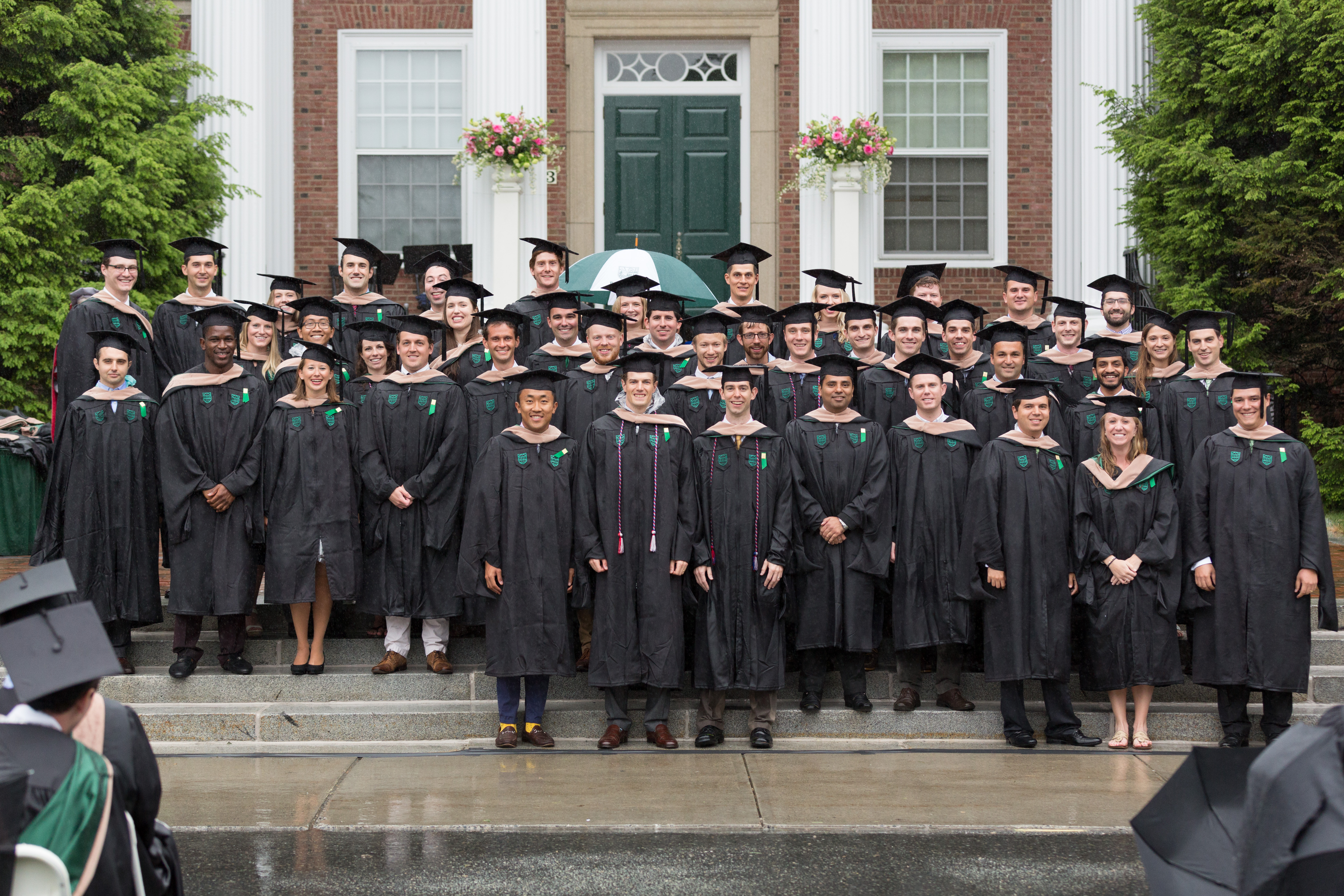 Danielle Garver is the recipient of the Herman Feldman 1929 Memorial Prize which is awarded to a member of the second-year class who has done excellent work in her program as a whole and who has displayed interest in the field of leadership.

The James A. and the Sabra M. Hamilton Prize in Administration

Mark R. Andrews is the recipient of the James A. and Sabra M. Hamilton Prize in Administration which is awarded to a member of the second-year class who, through personal qualifications and accomplishments in courses in the fields of business policy and organizational behavior, shows the greatest attributes of a capable administrator.

Hannah Kennedy Cohen is the recipient of the Lieutenant Walter A. Jacobs Memorial Prize which is awarded to a student who, during their first year, has demonstrated intellectual ability and curiosity, sound judgment in academic work and activities outside the classroom, and personal habits and conduct which inspire confidence and enthusiasm.

The Charles I. Lebovitz Memorial Award

Whitney Claire Flynn is the recipient of the Charles I. Lebovitz award, which is awarded to a second-year student who has, during their first year at Tuck, made an outstanding contribution to the daily life of the school.

The Lillian and Charles Leech Prize for Excellence in Finance

Bernhard Johannes Marschitz is the recipient of the Lillian and Charles Leech Prize for Excellence in Finance, which is awarded to a graduating student who has shown excellence in the academic area of finance.

Kelsey MacEachern is the winner of the Dero Saunders Award, which is awarded to a graduating student who, through both personal qualities and accomplishments in management communication courses, demonstrates outstanding ability to communicate effectively as a manager.

Eric Giles is the recipient of the Tuck Centennial Award which is awarded to a second-year student who exemplifies the spirit and character of the Tuck School. Chosen by classmates, the recipient embodies outstanding leadership, selflessness in everyday actions, extensive involvement in Tuck and the Upper Valley communities, and a firm commitment to the traditions and principles of the school. 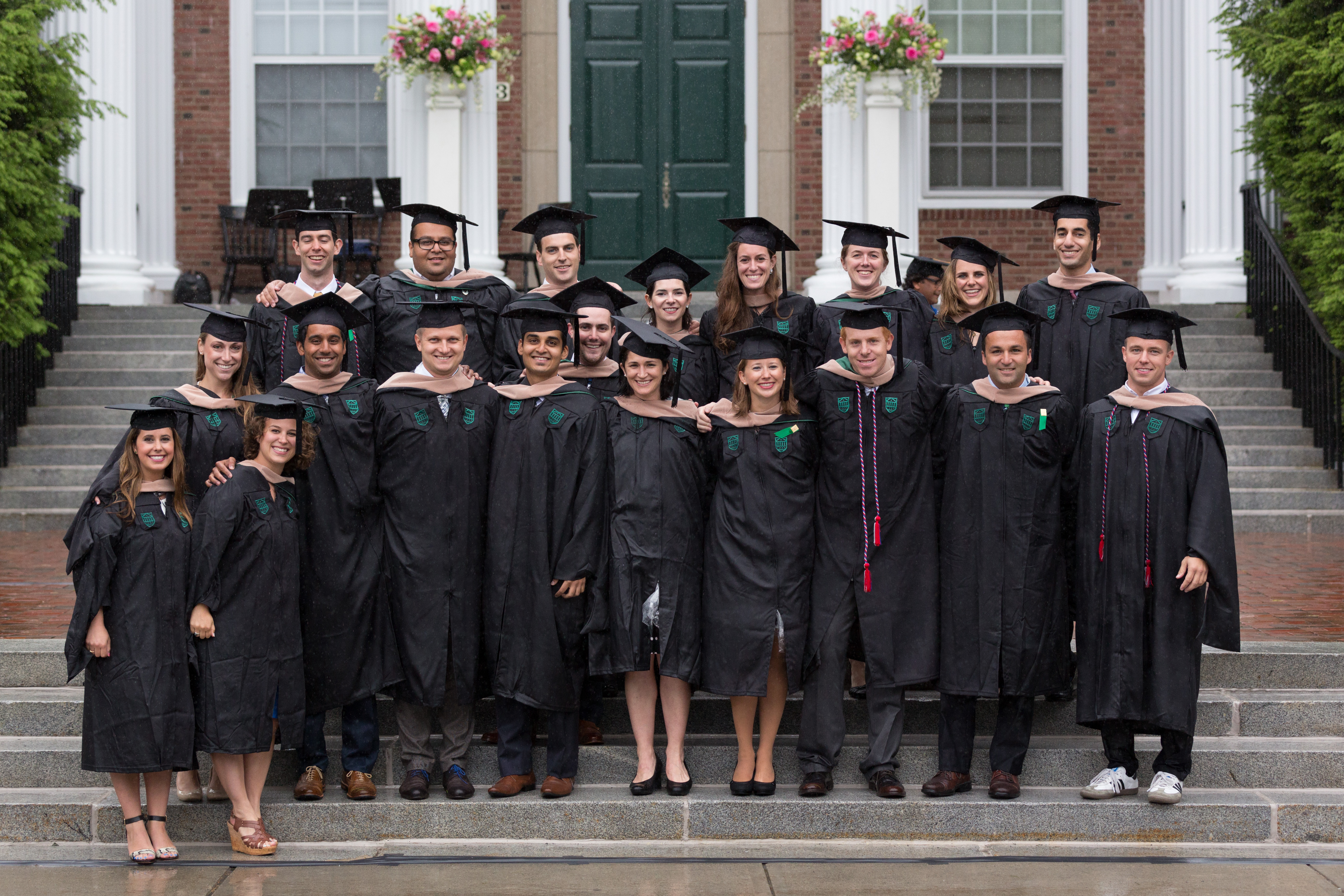 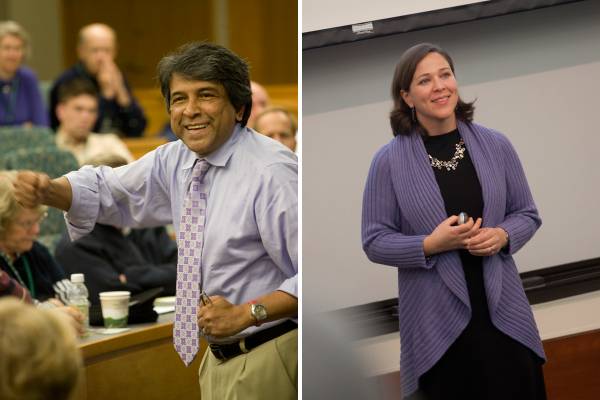 The recipients of the 2016 Teaching Excellence Awards are associate professor Emily Blanchard and visiting professor of business administration Anant Sundaram. The awards are given each year to two professors—one who teaches a core course, and another who teaches an elective—chosen by the graduating class. 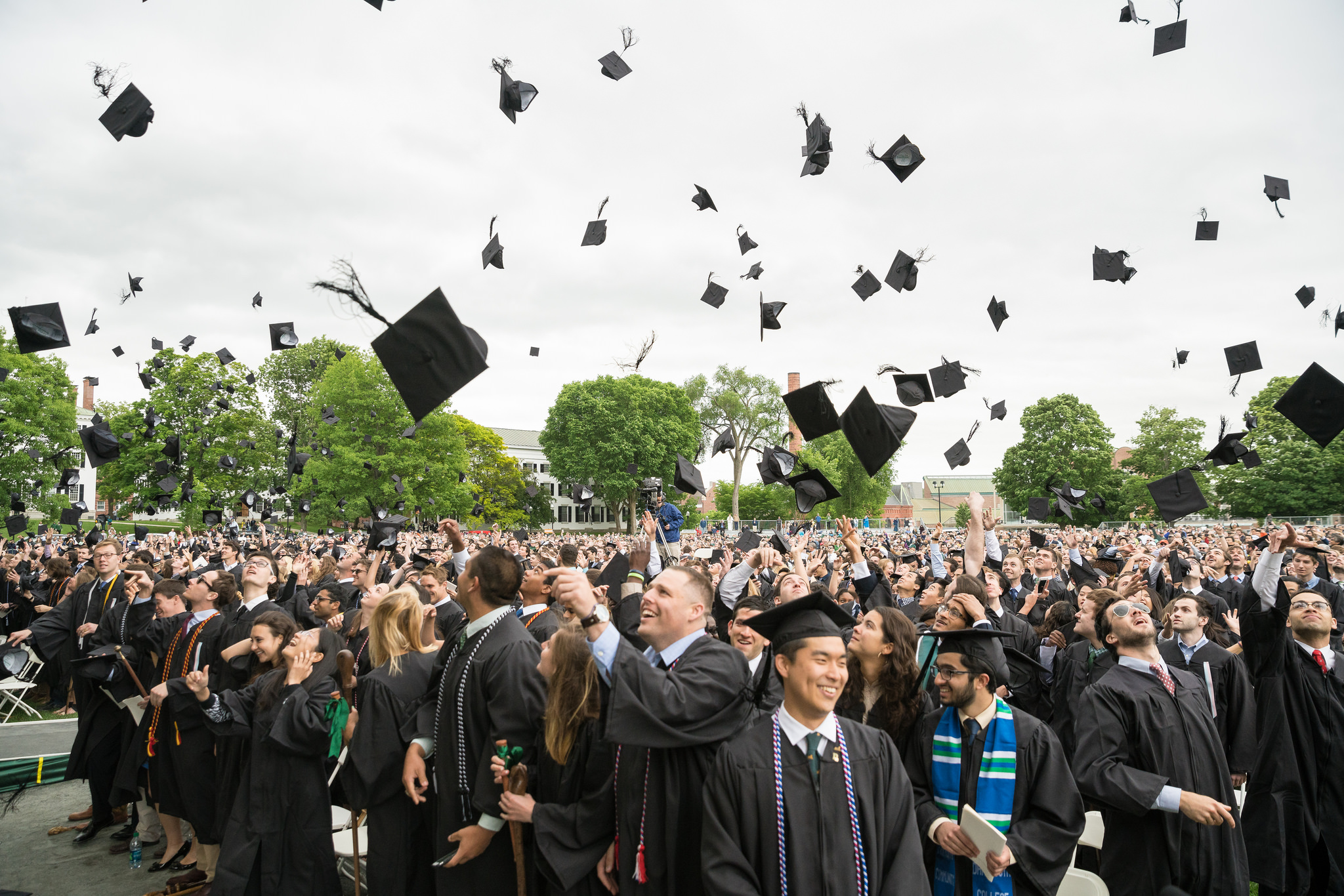 On Sunday, June 12, President Phil Hanlon D’77 conferred 1,867 bachelor’s, master’s, and doctoral degrees in undergraduate and graduate Arts and Sciences programs, the Geisel School of Medicine, Thayer School of Engineering, and the Tuck School of Business.

Nobel Peace Laureate Leymah Gbowee challenged graduates to “cross borders, tear down walls. … You might be surprised at the good things you find.”

Visit the Dartmouth website for the full Dartmouth Commencement roundup.