A new study by Tuck’s Eesha Sharma, “Too Constrained to Converse” was published this month in the JCR.

Is there anything more satisfying than making a great new purchase—whether it’s a trendy purse or a shiny car—and telling friends and family about it?

“Word-of-mouth is one of the most effective sources of influence on consumer behavior,” says Eesha Sharma, an associate professor of business administration at Tuck and the Paul E. Raether T'73 Faculty Fellow. In fact, some studies have found that word-of-mouth affects some 70 percent of purchases. “Managers spend a lot of time understanding who the influencers are and thinking about how they can seed word-of-mouth,” she adds.

But understanding word-of-mouth gets more complicated when consumers feel financially constrained. “Talking about purchases could make yourself feel better about them, signifying to yourself or to other people that your financial situation actually isn’t that bad,” notes Sharma. However, it’s equally likely that financially constrained consumers will be reticent to discuss their purchases, because reflecting on the money they spent would reinforce negative feelings about their limited financial situation.

Sharma explores this behavior in a new paper, “Too Constrained to Converse: The Effects of Financial Constraints on Word-of-Mouth,” co-written with Ohio State University’s Anna Paley and University of Southern California’s Stephanie Tully, and published this month in the Journal of Consumer Research. The implications could impact retailers’ strategies for creating word-of-mouth, and segmenting and targeting consumers.

Perceptions of your own wealth can be a better predictor of consumer behavior than your actual income. It’s not just your objective level of wealth; it’s how you feel about the resources you have.

Which direction people will go—talk or stay silent—isn’t immediately clear. In a poll of her graduate MBA students before the research began, Sharma found mixed predictions, with equal numbers thinking that financial constraints would cause less word-of-mouth, more word-of-mouth, and have no effect at all. “It seemed like the answer to this wasn’t totally intuitive even among management students,” Sharma says.

To investigate further, the researchers set up a series of seven experiments to examine how consumers’ subjective perceptions of their finances affected their willingness to discuss their purchases. “Perceptions of your own wealth can be a better predictor of consumer behavior than your actual income,” Sharma explains. “It’s not just your objective level of wealth; it’s how you feel about the resources you have.”

In one of the experiments, the researchers asked 400 participants a series of questions to gauge their feelings of financial constraint, and then invited them to participate in one of two anonymous chatrooms—one to discuss recent purchases, and one to discuss local and state parks. They found that those who identified themselves as financially constrained were significantly more likely to pick the parks chatroom rather than the one about purchases—implying that financial constraints make people less willing to discuss what they buy, even when they are in an anonymous setting.

In another study, the co-authors get at the underlying reasons for this preference. They asked participants to think about an upcoming purchase and how it would make them feel to share it with friends and family. They found that participants didn’t seem concerned with how other people would judge them for spending—they were more worried about how they would judge themselves. “People said that talking about their purchases would make them feel ashamed and uncomfortable, and worse about their financial situation,” Sharma says. In essence, people anticipated feeling less pleasure about the experience of talking about their purchases, and so tended to avoid it.

In a series of follow-up experiments, Sharma and her colleagues studied how these predictions bore out, inviting participants to post actual Facebook posts about purchases. Once again, those who reported feeling financially constrained were less likely to post. Interestingly, the amount of money that people spent on a purchase seemed to have no effect on their willingness to discuss it. One factor that did affect the outcome, however, was if they received the item as a gift. In that case, participants seemed to have none of the negative feelings associated with purchasing it themselves. “That points to a really important finding: financial constraints don’t universally decrease word-of-mouth,” Sharma says. “What it really came down to was whether they were spending their own money.”

These insights could help managers in their efforts to seed word-of-mouth. If retailers can segment the market to identify consumers who feel more financially constrained, for example, they can avoid pushing pop-up ads inviting them to post about purchases on social media. For all consumers, retailers could downplay the cost in consumers’ minds by focusing on other elements in their posts. “One way to encourage discussions in an effective way would be to have them share about the time they will spend with a product, or their experience of using it, rather than the purchase itself,” Sharma says. Changing that emphasis may cause purchasers to be more likely to share via word-of-mouth, and feel better about themselves in the process. 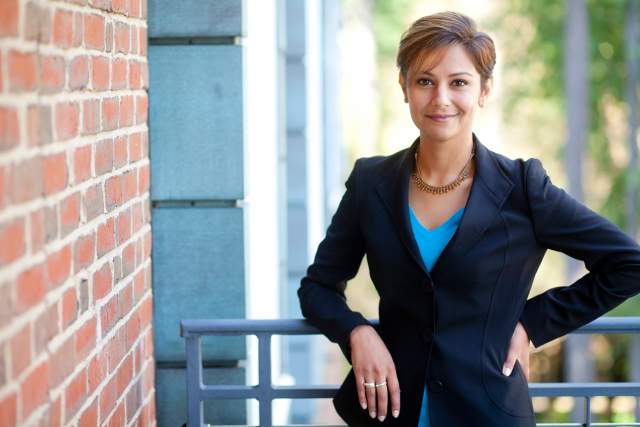 A new study led by Tuck professor Eesha Sharma finds that Americans are more willing to go into debt for experiences than material goods.