Tuck brings together such a diverse set of students in a relatively remote part of the country. When you leave, it makes you open to taking on challenges that may not otherwise seem like the most straightforward next steps in your career. 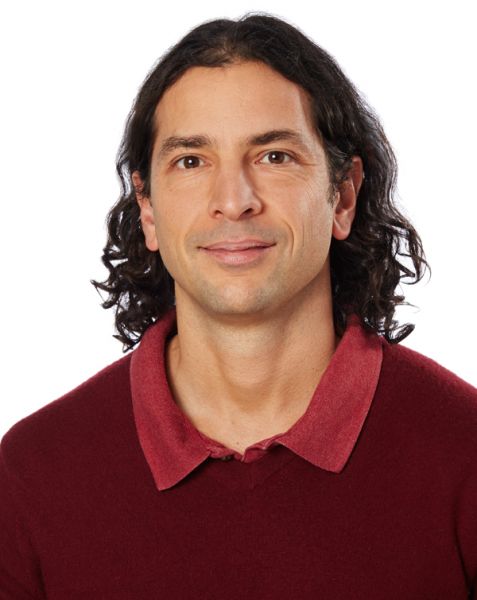 In April 2020, Cem Sibay T’05 was on sabbatical visiting his parents in Istanbul when he got “the call” from Amazon’s executive leadership team. With the pandemic surging globally, Sibay was asked if he would come back early to lead a project Amazon referred to internally as Project UV.

“It was the quickest career decision I’ve ever made,” recalls Sibay. “Things were really bleak and there were so many unknowns with COVID-19. This was my chance to get in the fight and I felt Amazon could make a big difference in combatting the impact of this pandemic.”

The opportunity was the latest pivot in Sibay’s 15-year career at Amazon. After graduating from Tuck in 2005, he spent four years with Amazon’s corporate development team in Seattle before moving to Luxembourg to manage strategic partnerships and investments in Europe.

“Our entire team at that time was based in the U.S., but half of Amazon’s business was international,” explains Sibay. “The move was intended to be a two-year rotation with the plan to eventually hire a local team and return to Seattle, but I ended up in Luxembourg for seven years because I kept taking on new challenges.”

Those challenges included managing both consumer marketing and engineering teams in Europe, then becoming the global leader of Amazon Prime. During his time in that role, Sibay helped transition Prime from a shipping program to a single-subscription service that packages the best of Amazon’s entertainment and shopping benefits.

After returning early from his recent sabbatical, Sibay was appointed VP of Amazon Labs, tasked with bringing together a team of scientists, engineers, product managers, and subject matter experts to launch Amazon’s first COVID-19 testing facility in Hebron, Kentucky. He accepted the position without any prior health care experience but a proven track record managing high-performance teams. Within four months, the lab opened and began processing employee samples from across 800 testing locations.

“We have more than one million employees and most are essential workers,” says Sibay. “It gave our team a lot of satisfaction knowing we were helping identify thousands of asymptomatic associates who, unknown to them, could have spread the virus to their loved ones and their coworkers.”

Amazon’s decision to launch its own lab and testing program was motivated by several factors. With the size of its global workforce, there were concerns about taking up capacity that was needed elsewhere. They also wanted to ensure they could process test results as quickly as possible.

“In the early days of the pandemic when we did our testing through third-party labs, we would get results back seven, eight, or even nine days later and at that point it was almost meaningless,” explains Sibay. “We wanted to ensure we had industry leading cycle times in getting results back to our associates.”

Leveraging Amazon’s operational excellence, Sibay says employee samples collected during the week are now overnighted to the lab and typically processed within twenty-four hours. He expects demand for testing to continue even as Amazon expands onsite vaccinations. While the company’s present focus remains on keeping its employees and their families safe, the success of Amazon Labs could also lead to marketplace opportunities.

“Amazon has been innovating around the primary care experience on several fronts through Amazon Care, offering enhanced telemedicine services, as well as Amazon Pharmacy,” says Sibay. “You can imagine a future where telemedicine, pharmacy, and diagnostics are all offered to Amazon customers, providing a much better primary care experience than what many people have access to today.”

Sibay says his Tuck experience played a vital role in preparing him for the various challenges he has tackled at Amazon. In addition to building a valued skill set in statistics and data analytics, Tuck encouraged him to take the right risks.

“Tuck brings together such a diverse set of students in a relatively remote part of the country. It’s hard not to be energized and to learn from the diversity of experiences there,” says Sibay. “When you leave, it makes you open to taking on challenges that may not otherwise seem like the most straightforward next steps in your career.”

As a company, Amazon is also willing to bet on what Sibay calls “strong, general athlete” types, which has helped him transition from a familiar role in corporate development to opportunities he may have struggled to find elsewhere.

“I’ve been fortunate to land in positions I would not have been selected for if I had been applying into the company externally. I probably wouldn’t have made it past the basic filters,” says Sibay. “I’ve never had to look outside of Amazon because there has always been something new that has kept me learning and intellectually stimulated while still making an impact. It’s exciting because my career could go in any direction even today.”

For current and future leaders looking to shape their own meaningful careers in business, Sibay’s advice is simple: resist the urge to play it safe.

“I am a firm believer in going beyond your comfort zone when it comes to career decisions and in striving to bring your ‘A-game’ to work each and every day,” says Sibay. “This approach not only keeps things interesting and challenging, but also makes it easier to find roles that you are drawn to out of passion versus convenience or being the logical next step.”

After spending eight years in the military, Maxwell says Tuck’s general management curriculum gave him the foundation in business he needed, and he still relies on what he learned in his business strategy, communications, and negotiations courses. “Those soft skills courses really stay with you because they’re timeless.”

The next generation of operations leaders looking to drive growth and optimization will need to be students of technology, says Peter Giordano T’11.

A conversation with Vincent Wu T’11, COO of NewsBreak, about the broad skillset it takes to become a “full stack COO” at a rapidly growing media company.

With the potential to become the world’s first self-flying air taxi service, Chief Financial Officer Caryn Nightengale T’02 says the company is poised to become a game-changing disruptor in the aerospace industry.