In media and tech, functions are merging and siloes are coming down, so we have to have the right combination of hard and soft skills to execute successfully...The landscape is evolving so rapidly that no job will be the same in a year. That’s what keeps it exciting. 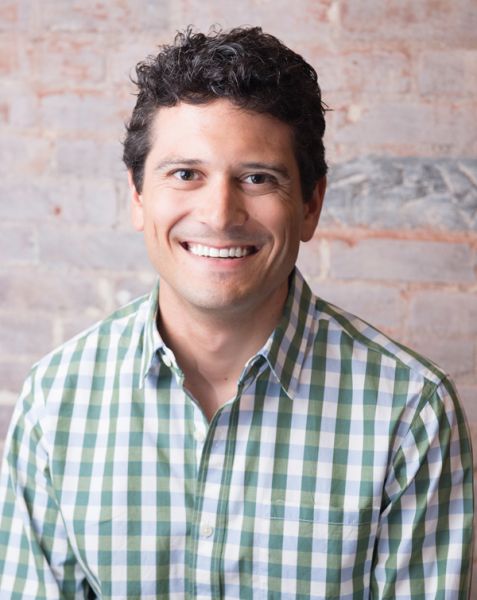 In early 2013, Peter Giordano T'11 was riding the New York subway when a fellow passenger’s messenger bag sparked his curiosity. “The logo read ‘Simulmedia,’ which I had never heard of, so I looked up the company online to see what it was all about,” he remembers. As luck would have it, the startup’s mission to disrupt the TV advertising world with data was right up his alley. A few months later, Simulmedia had a new revenue director.

Giordano is accustomed to making things happen quickly. After earning an undergraduate degree in government from Harvard, the Rhode Island native cut his teeth in the media industry as a talent coordinator and TODAY Show researcher at NBC Universal. “You learn quickly how to be scrappy and innovative when the red light is blinking and there is a live TV show about to broadcast to millions,” he says. While he thrived in the high-octane environment, he knew he eventually wanted to move to the business side of the industry.

At Harvard, the self-described “left brain-right brain hybrid” took a handful of mathematics and statistics classes to round out his liberal arts education, but he still lacked the fundamental business knowledge he needed to take his career in a new direction. As a result, tackling subjects like accounting and economics for the first time at Tuck was like drinking through a firehose. “In retrospect, though, having that intense experience in subjects outside my comfort zone and expertise prepared me to go into unfamiliar environments and succeed,” he acknowledges. After rounding out classroom learning with a series of real-world consulting projects, he returned to the workforce in a managerial role at Time Inc.

“This will make me sound like a dinosaur, but I actually started as an intern at Time in 2010, and my main project was to create and market a digital subscription plan for the first iPads that were coming out,” says Giordano. Over the next several years, he managed customer acquisition and retention marketing for Time for Kids and Sports Illustrated Kids, two growing brands.

In 2013, he was on the lookout for a role in a less traditional space when he spotted the Simulmedia bag on the subway. Over the next five years, he climbed the ladder to become Simulmedia’s Senior Vice President of Sales Operations and Strategy. “At that time, the term ‘revenue operations’ wasn’t even used yet, but that’s what the job was,” he reflects. “I was dropped into something with very little definition or precedent and had to work cross-functionally to operationalize every aspect of the business.” As an integral part of Simulmedia’s management team, Giordano worked to change the decades-old system for buying and selling TV ads, ultimately playing a pivotal role in scaling the business.

When the Chief Technology Officer of Simulmedia left to create a new venture-backed company called Seva, Giordano followed him. For a time, he was the only person running the business side of Seva, a knowledge management platform that employs AI and machine learning to provide frictionless access to the information workers waste time tracking down from Google Drive, Dropbox, Slack, and a sea of other programs and applications.

“It’s exciting to be part of a venture that is poised to revolutionize the work experience through making information easily accessible,” says Giordano. His current title is COO, but his role is most akin to a chief customer or chief growth officer. These days, he spends long hours harnessing his skills in finance, operations, and marketing to get customers in the door and scale growth.

When Giordano isn’t at the office or spending time with his wife and daughters, he finds time to co-produce a new podcast: “We’re T’11s.” In the first 10 humor-filled episodes, he and two fellow alumni interview former T11 classmates to learn about where life has taken them since they left Hanover. “I’m always impressed by how Tuck alumni can roll up their sleeves and make things happen,” reflects Giordano. “So far, our guests on the podcast have certainly illustrated that can-do mentality.” Encouraged by positive feedback, the team is already planning a second season.

When Giordano considers the next generation of COOs, particularly in media and tech, he offers two pieces of advice. First, he says, any successful COO will bring a breadth of experience in strategy, innovation, marketing, finance, and sales to the table. “In media and tech, functions are merging and siloes are coming down, so we have to have the right combination of hard and soft skills to execute successfully,” he affirms. Second, success depends largely on becoming a student of technology, understanding how it is transforming the way we consume content, engage with people, and do our jobs. “The landscape is evolving so rapidly that no job will be the same in a year,” he says. “That’s what keeps it exciting.”

After spending eight years in the military, Maxwell says Tuck’s general management curriculum gave him the foundation in business he needed, and he still relies on what he learned in his business strategy, communications, and negotiations courses. “Those soft skills courses really stay with you because they’re timeless.”

A conversation with Vincent Wu T’11, COO of NewsBreak, about the broad skillset it takes to become a “full stack COO” at a rapidly growing media company.

With the potential to become the world’s first self-flying air taxi service, Chief Financial Officer Caryn Nightengale T’02 says the company is poised to become a game-changing disruptor in the aerospace industry.