There’s always something going on in financial markets, and that’s what makes it such a fascinating job. 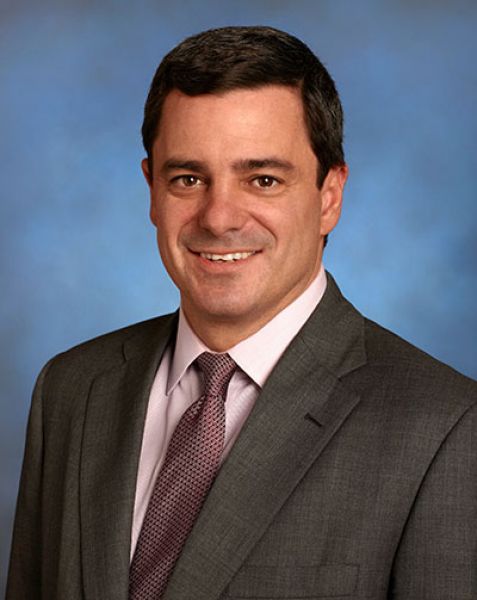 In August, Jim Esposito T’95 was named co-head of the Global Securities Division at Goldman Sachs. The move put him in charge of a “sprawling, complex global division,” says to Esposito, who moved to London eight years ago. Though he still speaks with the directness and flat vowels of his native New Jersey, even that description of Goldman’s largest division betrays a hint of British understatement.

“It is about as a global a role as you can have,” he says. “There’s always something going on in financial markets, and that’s what makes it such a fascinating job.”

Esposito actually came to Tuck to explore career options outside of banking, following three very intense years on Wall Street. “The irony is that after Tuck I did go right back into finance at Goldman Sachs, but the skills I learned there—and particularly the skills that I was seeking outside of finance—have been incredibly valuable to me,” says Esposito.

“Tuck taught me that that when you can unlock the collective talent of a group of people you’ll get a better result than any one individual. We can learn teamwork in a lot of different ways, but for me it was problem solving in that group setting, and collaborating with individuals who had a different, unique perspective from my own,” he says. “I think it’s rare that you can learn that at a school.”

Growing up, Esposito and his two brothers drove each other academically and in sports. Esposito, the youngest, excelled at wrestling. He was a high school state champion and competed on the varsity at Brown, where he studied Political Science and Economics. Wresting is a famously grueling sport, and Esposito credits it for teaching him resilience.

“At a place like Goldman Sachs it’s incredibly helpful to have done something in my past that was actually harder than what I do today,” he says. “Wrestling is a very demanding sport and while you go out as an individual, you also compete as part of a team.”

That’s a valuable perspective for an executive called on to make dozens of important decisions every day. While the buck stops with him, Esposito draws heavily on the collective strength of his colleagues. “I benefit from soliciting different opinions and acknowledging my own set of assumptions before trying to render a decision,” he says, “and that decision-making style is certainly informed by my learning at Tuck.”

As demanding as his responsibilities at Goldman are, Esposito makes work-life balance a priority. “I’ve said before that if a job is the most important thing in your life you’ll probably fail at it,” says Esposito, whose three sons are accomplished surfers. The family spends most holidays in funky beach towns from Portugal to Sri Lanka, chasing waves for the boys.

Esposito also makes time for volunteer work as a member of Tuck’s Board of Advisors and the board of the Global Fund for Children, which seeds grassroots local organizations serving the world’s most vulnerable children. “They go into places and undertake missions that some of the bigger charities won’t or can’t touch,” explains Esposito, who has served on the board for eight years. “The work appealed to me in part because I have three boys, but equally because the model is something that I understood and wanted to support. It’s a bit like a venture capital fund. We identify the best local organizations, seed them, help them scale and then we exit.”

On Tuck’s advisory board, Esposito is a strong proponent of the school’s global outlook, and uses his deep connections to build bridges in the City of London and throughout Europe. “I’ve been in London for eight years now and I try where I can to broaden the international lens through which Tuck views the world,” he says.

“We’re at a really fascinating intersection right now in terms of how politics and political outcomes impact financial markets, and I have a fascinating seat at that table.”