At Tuck, I gained an entirely new skill set that prepared me to be the general manager I wanted to be. While I definitely honed my marketing skills, I gained so much through the broad-based curriculum that enabled me to succeed as a strong, capable general manager—from courses in operations and finance to those in leadership, ethics, communication, negotiations and so many more. 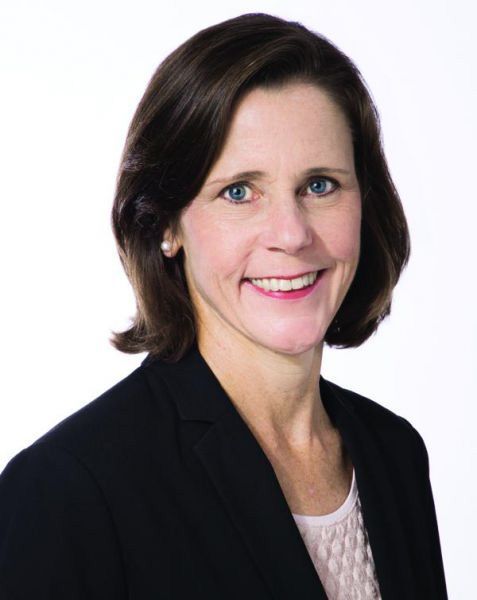 When Liz Nordlie T’95 first arrived at Tuck, she set her sights on a career in brand management and planned to enroll in as many marketing classes as possible. What surprised her was how much she enjoyed her operations courses, especially those that focused on the supply chain.

“I just loved it,” said Nordlie, a New England native. “I took extra classes in that area, and it absolutely made a difference in being able to lead businesses in supply chain-related activities, whether capital investment and enabling innovation or cost management and trying to drive reductions in certain areas.”

Nordlie has since had a hugely successful career that’s spanned the course of three decades, the majority of which she spent at General Mills, managing and integrating large acquisitions and spearheading turnarounds for well-known brands.

“I knew in my heart I wanted to be a general manager, while also stewarding brands,” said Nordlie. “I found it fascinating to uncover the lesser-known history of brands and find ways to inspire creative teams to bring it to life in relevant, meaningful ways for today’s consumers,” whether that meant educating consumers on heart-healthy benefits for Honey Nut Cheerios or reinventing the Pillsbury Bake-off while honoring its heritage in celebrating amateur cooks. Working on so many beloved food brands had its advantages, especially when it came to sampling the product. Nordlie recalled the perks of working on the Yoplait account when she was pregnant: “It helped me get the daily calcium I needed!”

Later, when an opportunity arrived for Nordlie to move to Switzerland with General Mills, she jumped at the chance to work internationally, which had always been a dream of hers. While there, she led the Häagen-Dazs brand and had the opportunity to strengthen her communication skills and operational experience by managing businesses and brands at vastly different stages of development across countries and time zones.

"It was truly a dream come true,” Nordlie said, who noted that she was the only woman and the only American on the European leadership team. “It truly pushed me in so many ways—from culture to language to consumer behavior and category development differences.”

After 20 years at General Mills, Nordlie served for four years as vice president of Product Design and Sourcing, Food & Beverage at Target, where she played a central role on the retailer’s owned brand portfolio team. Liz is currently focused on for-profit board work.

“I’ve felt very prepared for the work I do and what I’ve done over my career, thanks to what I learned at Tuck. There’s nothing I learned there that hasn’t been relevant.”

This alumni profile first appeared in the Winter 2022 issue of Tuck Today as a part of “The Great Supply Chain Disruption.”

Board of Directors, Land O'Lakes, Inc.

It’s mind-boggling to think about how much work goes into making and shipping a pair of sneakers, even to Alex Jenny D’10, T’16, who’s been at Allbirds for several years.

"When I moved from brand strategy to my current role at VF Corp., I had no supply chain experience, but the fact that I was able to make that move is a testament to the breadth of the knowledge I gained at Tuck."

Fedor enrolled at Tuck with a keen interest in entrepreneurship, and she’s still using what she learned in her courses to this day, from negotiating with stakeholders to using competitive strategy when building a product.

Fabletics COO Meera Bhatia T’04 on how technology and teamwork helped her address an increase in product demand and supply chain challenges during the pandemic.

CarGurus founder Langley Steinert T’91 has plenty of good advice for budding entrepreneurs, but nothing is more important than loving what you do.

Kristiana Helmick T’98 has had three very different jobs in the last decade. And all at a single company: Amazon.

Very few people can say that the shoe business is in their blood. Tom Slosberg D’90, T’99 is one of them.

How to breathe new life into one of the country’s oldest companies? During his twenty years at King Arthur Flour Company, former president Steve Voigt T'86 did it by embracing people’s love of something timeless: baking.

Bill McLaughlin D'78, T’81 is leading America’s oldest mail-order company into the digital future, while mentoring its next generation of leaders.

CEO Jim Weber T’86 transformed Brooks Running Company from a dying shoe manufacturer into a premium running brand, and he’s not done yet.

Former Timberland CEO Jeff Swartz T’84 won people over—one eco-friendly piece of gear at a time—with a deeply held belief that doing good in the world is also good for the bottom line.