In celebration of its 10th anniversary, the Tuck Association of Diverse Alumni (TADA) recently unveiled a refreshed mission, vision, and goals, as well as several new strategic priorities aimed at promoting the interests and supporting the ongoing needs of Tuck’s diverse alumni and students.

Bob Wallace T’84 (pictured), current Baltimore mayoral candidate and CEO of BITHGROUP Technologies, delivers a keynote address at a 2018 TADA event, “Celebrating the Past, Disrupting the Future,” held in honor of 50 Years of Diversity at Tuck.

For Tuck Association of Diverse Alumni (TADA) co-chairs Joyce Cadesca T’13 and Lisha Davis T’10, the 10-year anniversary marked the perfect time to celebrate TADA’s work to date and reintroduce the group to the broader Tuck community. More than 150 alumni registered for a virtual relaunch event in July which followed three months of focused listening, research, and information gathering to better understand and respond to the needs of the community.

The TADA anniversary and relaunch coincides with the recent appointment of Dia Draper as Tuck’s first Assistant Dean for Diversity, Equity, and Inclusion, effective September 1. Draper was present for the very first TADA gathering, hosted by former Dean Paul Danos, in New York City on May 8, 2010.

“The room was packed with students, alumni and Tuck leaders excited to discuss how to connect and support our students and alumni,” recalls Draper. “These conversations are more important than ever as Tuck works to acknowledge and address the needs of underrepresented students and alumni.”

The 2010 event in New York City was organized by TADA co-founders Aisha Barry T'10 and Dawson Her Many Horses T'10, along with a small group of their Tuck classmates, including Eli Miles T'10, Cecil Orji T'10, and Lisha Davis T’10. At its founding, TADA was first envisioned as a dedicated resource for recruiting, regional networking events, and ongoing professional development to support Tuck’s diverse community of students and alumni.

These conversations are more important than ever as Tuck works to acknowledge and address the needs of underrepresented students and alumni.

Over the next several years, the annual Tuck Diversity Conference in Hanover became a key touchpoint for TADA members. Under the subsequent leadership of Damali Harding T’06 and Chenae Edwards T’13, TADA worked with the Tuck Annual Giving (TAG) team to create a designated Inclusive Leadership giving option, providing alumni with the opportunity to directly support diversity and inclusion efforts at Tuck.

During their tenure as co-chairs, Harding and Edwards also witnessed a growing demand for TADA-specific programming that would be more accessible for alumni spread throughout the country. This feedback remained consistent after Cadesca and Davis assumed leadership of TADA in 2019 and began their research and information gathering. 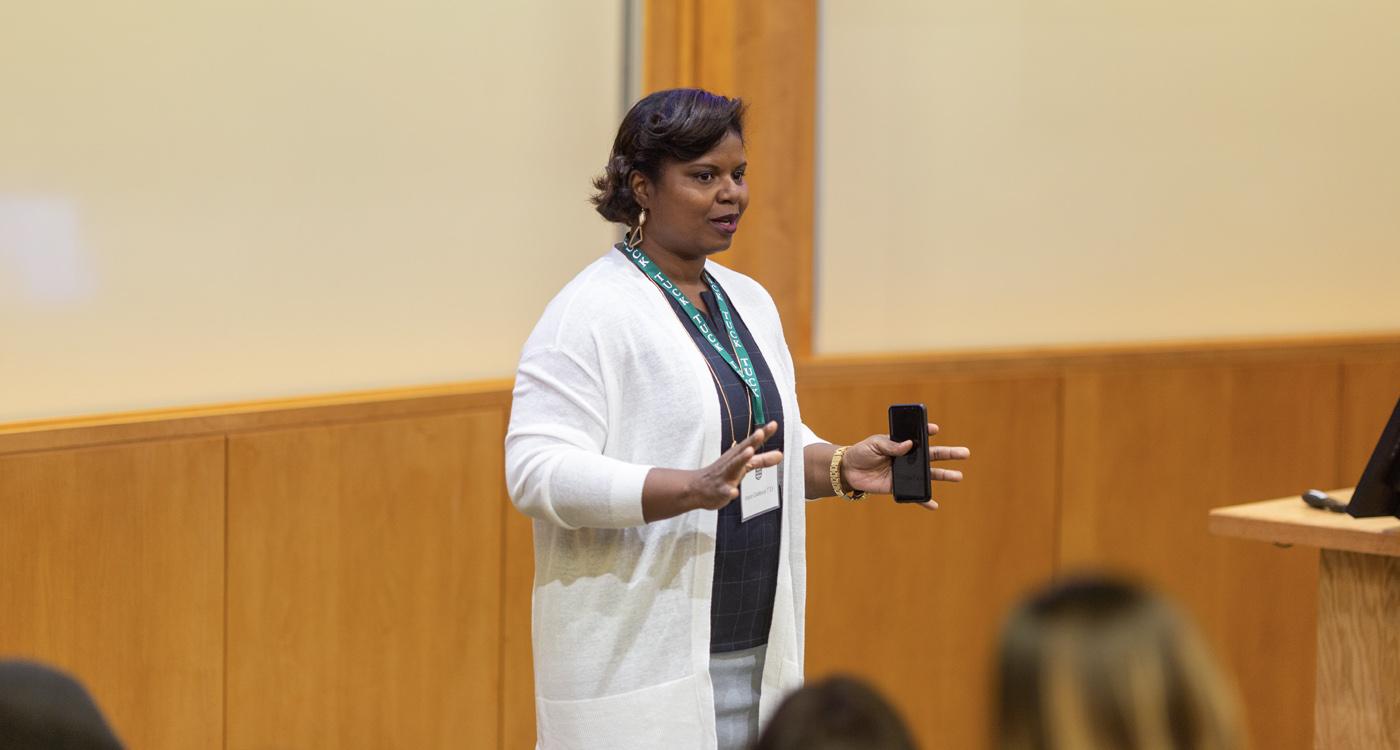 Among the new programming priorities that Cadesca and Davis shared during TADA’s virtual relaunch on July 16 is the planned debut of an annual TADA conference in 2021.

“To celebrate the 10-year anniversary of TADA, we felt it necessary to reflect on our progress and rearticulate our mission, vision, and goals with a strategic refresh aimed at creating programming to meet the needs of diverse alumni and students,” says Davis. “The 2021 conference will serve as a platform and connection point for students and diverse alumni to come together and for us to go where the people are. We plan to include a lot of social and networking opportunities, but also enrichment programming that supports the careers and professional development needs of our diverse alumni.”

In addition to the feedback they received from alumni, another motivating factor in the decision to create an annual TADA conference was the success of a previous TADA event, “Celebrating the Past, Disrupting the Future,” held in honor of 50 Years of Diversity at Tuck at Pandora Radio in New York City. Former Pandora Radio CEO and current global CEO of Condé Nast Roger Lynch T’95 hosted the May 2018 event which drew nearly 100 Tuck alumni and featured remarks from Dean Slaughter as well as a keynote talk by Bob Wallace T’84, current Baltimore mayoral candidate and CEO of BITHGROUP Technologies.

“Everyone was really engaged and excited to see each other—it felt like a reunion,” recalls Cadesca. “Because it was in New York, you didn’t have to make a whole weekend of travel, but could just head over after work and enjoy the time together.”

In addition to strengthening community and connectivity among Tuck’s diverse alumni, TADA’s goals include targeted career support and professional development programming, as well as renewed recruiting, outreach, and partnerships to support the next generation of diverse leaders from Tuck.

We’re hoping to be an ongoing voice for the social justice and racial equity work that is necessary in this country and beyond.

“It’s really been a 360-degree, coordinated effort,” says Director of Alumni Engagement and Advancement Operations Renée Hirschberg. “We’re all excited to make sure our diverse alumni and student population is getting the connection and resources they need.” 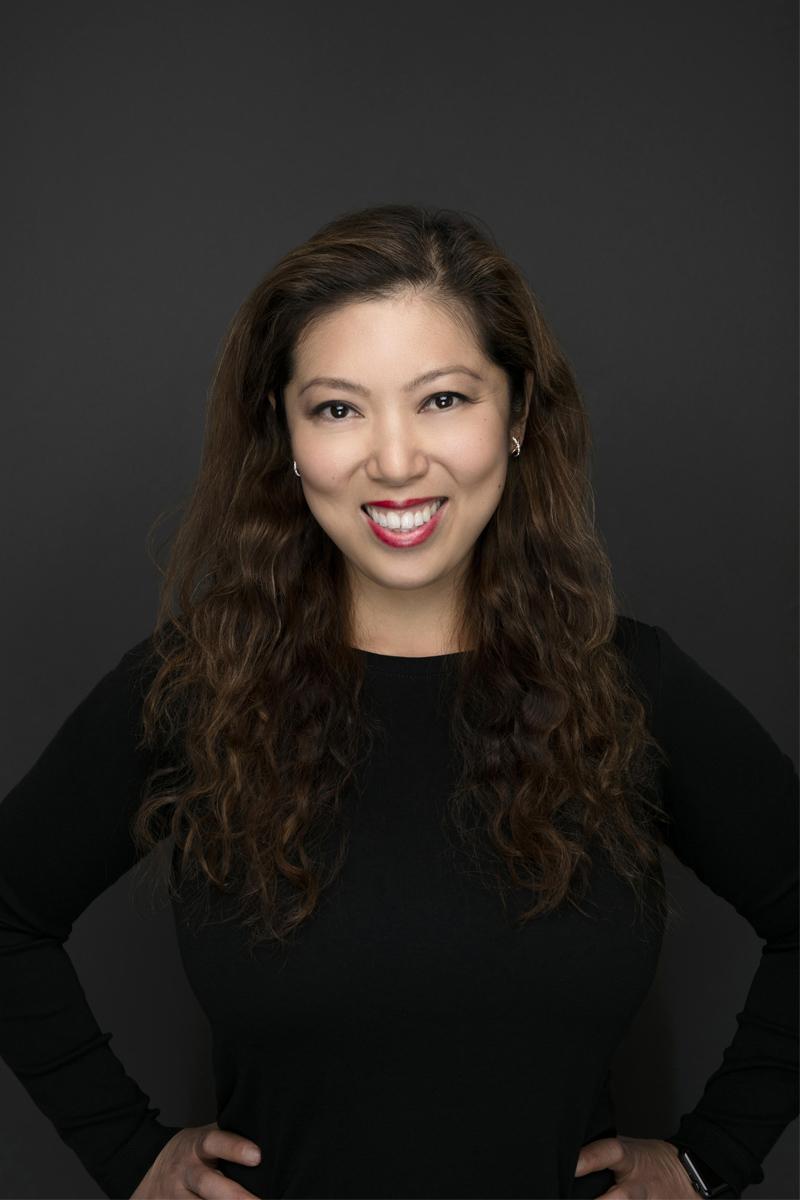 “We plan to include a lot of social and networking opportunities, but also enrichment programming that supports the careers and professional development needs of our diverse alumni,” says TADA co-chair Lisha Davis T’10, founder of Arable Ventures LLC.

“Having input from TADA as we plan our Career Dispatch programs has been so helpful in enhancing speaker and program diversity,” says Law. Virtual career programs planned for the fall include “Diverse Career Stories.” Hosted by TADA, from 12 p.m. to 1 p.m., on October 6, the event will feature a panel of Tuck alumni—Erika Santos T’12, Kacy Gambles T’10, and Andrew Olaleye T’13—as they reflect on lessons learned after navigating career transitions and switches, climbing the corporate ladder, and becoming founders and entrepreneurs.

TADA also launched an inaugural alumni newsletter, part of a broader communications strategy to provide updates and news on TADA events, feature and celebrate the success of diverse alumni, and solicit feedback from the community.

“We hope the newsletter is something consistent that people can rely on to get their concentrated set of information from TADA,” Davis says. “But we also hope it provides an opportunity for members to engage and provide feedback, to what’s happening in the world around them.”

Since the relaunch event on July 16, Cadesca says membership in the TADA LinkedIn group has tripled to over 150 members. TADA is also active on the Tuck Networking Hub and Facebook, and recently updated their website. Alumni interested in receiving news and updates from TADA can opt-in to the group’s mailing list.

In addition to planning future programs and resources for the community, TADA remains firmly committed to furthering racial equity and social justice at Tuck and beyond. In June, TADA shared a message with the Tuck community in response to the national discourse concerning racial injustice, police brutality, and the deaths of Ahmaud Arbery, Breonna Taylor, and George Floyd.

“We’re hoping to be an ongoing voice for the social justice and racial equity work that is necessary in this country and beyond,” says Cadesca. “We’re committed to continuing dialogue with alumni who want to share their thoughts, feelings, and ideas with us.” 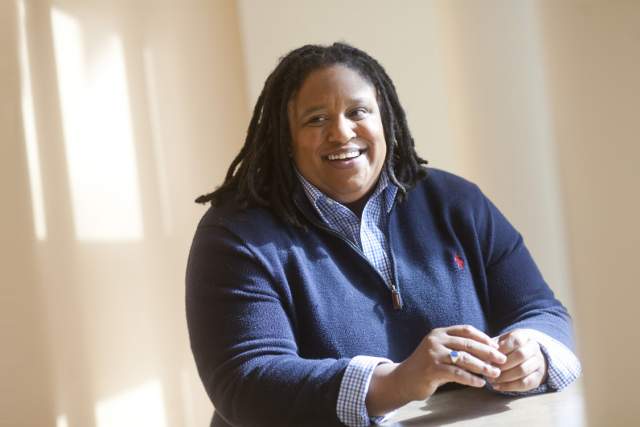 Dia Draper, who has spent the past 15 years leading diversity, equity, and inclusion initiatives in the Dartmouth and Upper Valley communities, will become the first Assistant Dean for Diversity, Equity, and Inclusion at the Tuck School. 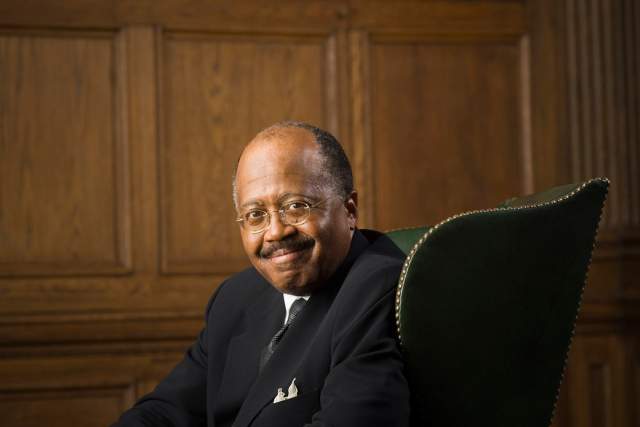