With the 10-year anniversary of the financial crisis looming at the beginning of this academic year, the theme of rising economic inequality emerged as a timely topic for an inaugural series of discussions at Tuck—the Inequality Speaker Series—led by the T’19 MBA Fellows in the Center for Business, Government & Society.

Executive Director John McKinley, Hannah Payson, and Rachel Brooks of the Center for Business, Government & Society worked with their second-year fellows to help put the series together. “It was our goal to not only help our fellows explore and better understand the myriad issues related to rising economic inequality post-financial collapse,” McKinley says, “but also to engage the broader Tuck community in these discussions through an ongoing speaker series.”

“We thought it was an interesting moment in time to look at the causes and the consequences of rising economic inequality against the backdrop of the financial crisis,” adds Payson. “What, if any, lessons have been learned over the last 10-years? Are we at risk of repeating history? It was an experiment, and we wondered if these themes would be of interest to the broader community beyond just our fellows. We also wondered—would anyone show up?”

Dean Matthew Slaughter kicked off the series by sharing his research related to growing economic inequality and the broader trends of globalization amid the rise of new technologies. His initial discussion prompted deep reflection and sparked plenty of offline conversations across campus, from dorm rooms to classroom hallways. All speakers explored the topic from different angles and provided incredible insight through the lens of their own expertise. The series also tapped into the expertise of Tuck’s distinguished faculty, such as Curt Welling, Nan Stone, and Peter Fisher.

McKinley says the series, which will continue next year with a new topic, elevated the discussion of economic inequality across the Tuck community.

In addition, Amy Goldstein, a Pulitzer Prize-winning Washington Post reporter and the author of Janesville: An American Story paid students a visit as part of the speaker series in conjunction with the Adam Smith Society at Tuck. In advance of her arrival, two fellows, Joanna Gawlik T’19 and Julian Andreas Chomali Roozeveld van der Ven T’19, had an idea—What if they started a book club to dive deeper into the topic ahead of her visit?

“We really wanted to drive student engagement,” says van der Ven, who had already read Janesville and was moved by the sad tale of what happened when a General Motors plant shut its doors in Wisconsin, leaving more than 9,000 people jobless. “Janesville really resonated with me because of its valuable perspective. It shows how the decisions that businesses make can directly impact communities and employees and the way people live their lives.”

To spread awareness of the book and make it easy for students to have access to the book, Van der Ven and Gawlik set up a table on campus and—with the help of Travis Cyphers T’19 and the Adam Smith Society—distributed copies of Janesville to students to raise $700 in funds for the Upper Valley Haven, a local nonprofit, where Gawlik sits on the board in her other role as a Revers Board Fellow.

Amy Goldstein, a Pulitzer Prize-winning Washington Post reporter and the author of Janesville: An American Story paid students a visit as part of the speaker series.

“The entire experience was a win-win situation,” says Gawlik. “By giving back to the local community with the donations we raised from the book, we were able to directly channel the theme of economic inequality into something positive that would help solve some of the issues we had been learning about.”

Taking it one step further, Gawlik was able to use what she learned from Janesville in her class on negotiations with Tuck professor Judith White. During an in-class assignment where she was required to practice negotiating as a union representative, she relied on what she had learned from the book and from Goldstein’s talk as inspiration.

Tuck is a business school that’s driving and elevating conversations on economic inequality, in part because there are students here who care deeply about these issues.

“Tuck believes in creating wise leaders, and I felt like this was one of those moments,” says Gawlik, who emigrated to the U.S. from a city in Poland that had plenty of similarities to Janesville. “It brought to life the issues we were reading about, and I was able to empathize with the union and put myself in their shoes to better understand their situation.”

McKinley says the series, which will continue next year with a new topic, elevated the discussion of economic inequality across the Tuck community and ended up being a great affirmation of the Tuck difference.

“Tuck is a business school that’s driving and elevating conversations on economic inequality, in part because there are students here who care deeply about these issues,” McKinley says. “We have a real depth of expertise among our faculty–both clinical and tenured faculty–who helped bring an additional layer of context as well. This passion among students and faculty alike is what sets Tuck apart.” 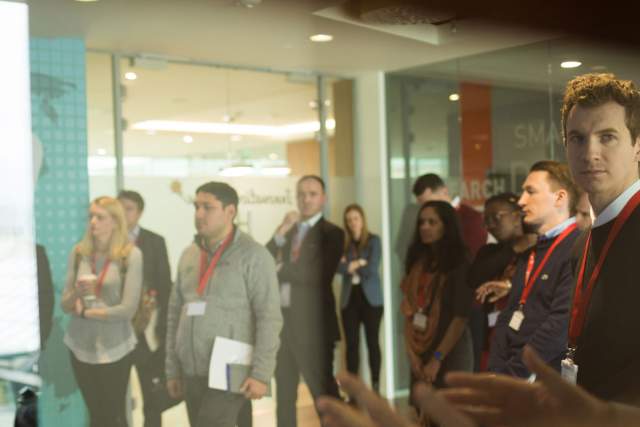 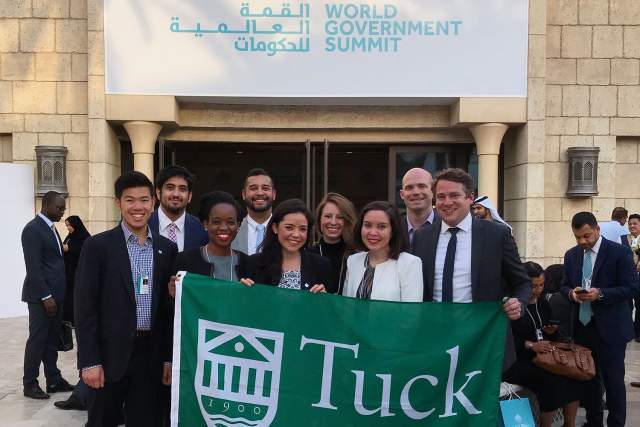 A team of five Tuck students took top honors in the Global Universities Challenge at the World Government Summit in Dubai.