Tuck provided such a great foundation: basic business skills, the ability to analyze situations from a strategic perspective, and a world-class network of colleagues who I rely on frequently. 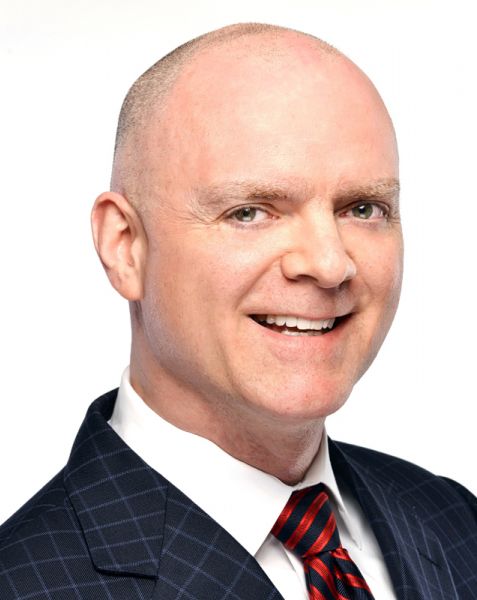 After graduating from Tuck, Barry Hume joined PepsiCo’s Boston-area operations as finance director—a position that quickly provided the opportunity for advancement, but with a difficult choice to make. “I would’ve had to move, and everything—my roots, my family, my life—was in Boston,” he says.

“So I decided to do something non-traditional instead.” Hume accepted and handily succeeded at the challenge of turning around local flooring company, Mats Inc., where he spent 14 years as president and CEO. Ultimately, though, his passion for entrepreneurship led him onward. In 2013, he co-founded and was named president of Package Concierge, an innovative package management locker system that serves the residents of apartment buildings and student housing. “I’ve always had the entrepreneurial bug,” Hume says, laughing. “It’s what I’ve been looking for, even when I didn’t know it.”

How would you describe what Package Concierge does?

We provide a hardware and software solution to automate package management in the multifamily housing market. Our digital lockers fit elegantly into a wall and are accessible by a computerized kiosk, which adds aesthetic as well as practical value. In addition to being the first to market, Package Concierge is a high-end, U.S.-manufactured product whose design really stands out. There are other competitive products on the market now, but if you put our product up against theirs, you know immediately where the quality is.

How is the company doing?

Our first installation was in November 2013 and we’ve grown to almost 150 installations in 19 states now. We’ve got a strong brand, a terrific team, and an enviable list of clients. It’s been a whirlwind and daunting at times, but I really enjoy building things from the ground up.

How did you get involved with Package Concierge?

A college friend of mine put me in touch with the person who came up with the idea, Georgianna Oliver, and we hit it off. She and I share a sense of humor, even in the most stressful situations. That’s important, because so much rests on partnering with the right people who bring the right energy. I did some consulting initially, too, to test the waters, which went so well I ended up joining as co-founder and president.

What are the secrets of good leadership in an entrepreneurial environment?

For us, focus has been a real driver. We’ve been so laser-focused on one market as we’ve started this business that we’ve walked away from opportunities that we felt would be distracting. I would also say discipline—you have to constantly demonstrate it so that it becomes part of your culture, both internally and externally. Finally, nothing is black and white when you’re starting out so you need to be able to function in the gray. If that makes you uncomfortable, then starting a new business probably isn’t for you.

What future trends do you see in your field?

We’re doing more and more work with student housing and it’s fascinating to walk into those apartment communities and to see what they are ordering online. It’s everything from books to shampoo to potato chips to things you’d never expect, like car tires. From a demographic perspective, it’s easy to see how the volume is going to continue to grow. This fall, we’re going to expand our services to include dry-cleaning storage and the ability to return packages via our software.

Early in your career, what gave you the courage to break out of the traditional path?

Looking back, leaving PepsiCo for Mats Inc. might have seemed a little crazy. I walked into a place that was so highly leveraged the big question every Friday was, “Can we meet payroll?” But I took it because I was a newly minted MBA and it was an opportunity to run something and pull all the levers. Ultimately, it ended up going really well—taking a chance turned into a new beginning.

How did Tuck prepare you for your career?

Tuck provided such a great foundation: basic business skills, the ability to analyze situations from a strategic perspective, and a world-class network of colleagues who I rely on frequently. I’m incredibly grateful for how helpful my fellow Tuckies have been, especially as I’ve taken a non-traditional route and started my own business. If I can ever return the favor, I’d be happy to.