All the core building blocks in your first year at Tuck are the most important—they teach you how to do things from scratch. 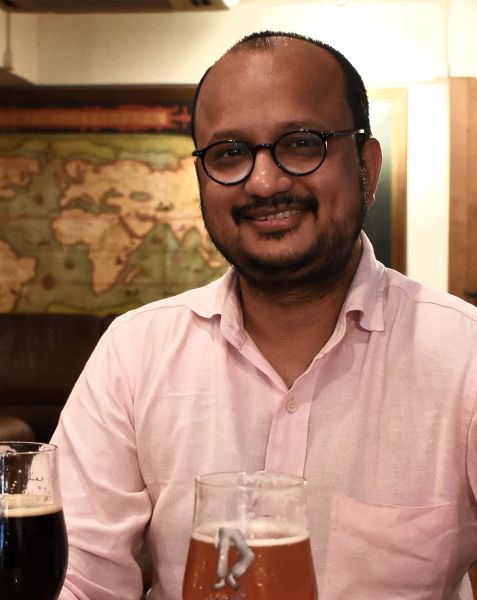 Soon after Rohit Dugar T'07 moved to Hong Kong for a role in investment banking at Goldman Sachs, he realized the city had a major deficiency: there was no craft beer. He decided to remedy the situation by taking a huge career leap, transforming his beer-brewing hobby into the city’s first craft brewery.

“It was a difficult decision to change tracks completely from the profession I was in and do something completely entrepreneurial and a little bit risky,” says Dugar. But “the training at Tuck definitely gives you the confidence to do anything essentially. At the same time, it gives you the analytical rigor you need to make sure you’re not shooting in the dark.”

Since founding Young Master Ales in December 2013, Dugar has tapped his foundational experience at Tuck to navigate the challenges of entrepreneurship.

“In a startup, you have to do everything yourself,” says Dugar. “All the core building blocks in the first year of at Tuck—whether it’s decision science, accounting, operations, the basics of marketing—those have been the most important things, because they teach you how to do things from scratch."

“One course in our first year that particularly comes to mind is Decision Science, which essentially gives you the discipline of analyzing any business situation,” says Dugar. “The learning from that is fundamental to business. It’s a core part of everything an MBA graduate would implement across many business professions.”

In the last two years, Young Master Ales has grown quickly and inspired nearly a dozen other craft breweries to open in Hong Kong, fueling a new industry. Dugar recently completed construction on a new plant that has ten times the production capacity of the original, and he plans to expand regionally.