Although I did not know while I was in Hanover that I wanted to start a business, looking back, I realize that Tuck gave me the tools I rely on now as an entrepreneur—among them a willingness to fail and an ability to find the strengths of others. 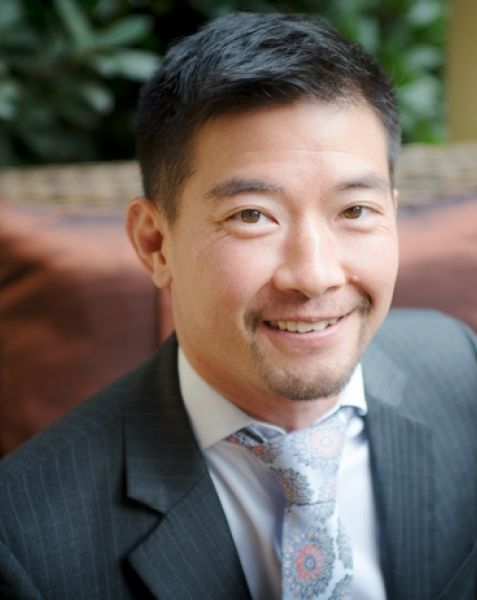 Twenty years ago, Louie Cheng T’03 was a U.S. army officer with an Ivy League degree in social studies preparing for nuclear, biological, and chemical warfare. “That required me to know about the chemicals and types of toxins that might be used in wartime,” says Cheng, who was stationed in Germany. “What they might do, what the impact was on the body, how to detect them, how to clean and recover from them, how to get back on your feet.” Though he didn’t know it then, Cheng, now 41 and based in Shanghai, was preparing for a different sort of sustained, non-military conflict: cleaning up China’s abysmal indoor air quality.

Living in China after business school, Cheng saw firsthand what he’d long heard: most of the expats there worried about water and air quality. “There was really nobody to act as doctor, so to speak,” he says. “You could go out and find air and water testing facilities, but you didn’t know what you were testing, or what to ask for. You got a sheet back of numbers that were similar to what you’d get from the lab after you had your blood tested. But there was nobody to tell you what the problem was, what’s the source, and, most importantly, what to do about it.”

In 2010, after stints as a consultant for IBM and strategy director for the Thomson Reuters scientific and health care division, Cheng founded PureLiving China, an indoor environmental health and safety consulting firm that now has offices in Shanghai, Beijing, and Suzhou. He used his own money to fund the company, which was profitable by its second year and now has 50 employees.

“Although I did not know while I was in Hanover that I wanted to start a business, looking back, I realize that Tuck [gave] me the tools I rely on now as an entrepreneur—among them a willingness to fail and an ability to find the strengths of others.”

What PureLiving offered was unique in a country known for its pollution problems: end-to-end detection of dangerous particulate matter (caused by industrial emissions, volatile organic compounds, and molds), along with consulting, design, implementation, and monitoring of an integrated commercial or residential filtration and remediation system. “That had never been done before in China,” Cheng says. “The most difficult thing was convincing people what quality was when they were not used to it."

The government also posed potential problems. “But because we don’t get into criticizing or measuring the outdoor problems,” says Cheng, “the government allows us to work on people’s indoor, private problems. We don’t point any fingers at the government. We just meet the client’s needs.”

Interest surged early on, when the U.S. government started monitoring air quality in its embassies and consulates. “This was announced on Twitter,” says Cheng. “Then the Chinese government told them to turn it off. So the Chinese people became curious: ‘If the government says to turn something off, it must be good and accurate. We need to pay attention.’ That caused a lot of interest."

Now more than 70 percent of PureLiving’s business is spurred by employee retention concerns, according to Cheng. “Business owners are not doing this because it’s necessarily the right thing to do,” he says. “They aren’t doing it to save energy. They’re doing it because if they don't do something, their businesses will shut down because people won’t come to work.”

Last year, PureLiving won a contract to install air quality testing and improvement measures across all of the more than 100 locations of Siemens, the German engineering company, in China.

Today when you walk into a Siemens location anywhere in China, the first thing you see is a big display with the current air quality trends outside and inside, courtesy of PureLiving. You can also go online to see these results. “Now,” says Cheng, “Siemens recruiters tell prospective employees, ‘Why don’t you take a look at our air?’ It's become a tool for winning talent.”