Director of Strategy for the Americas, InterContinental Hotels Group (IHG)

I knew my options would be greatly expanded after going to Tuck. I didn’t know where it would land me, but I knew it would be worth the risk. 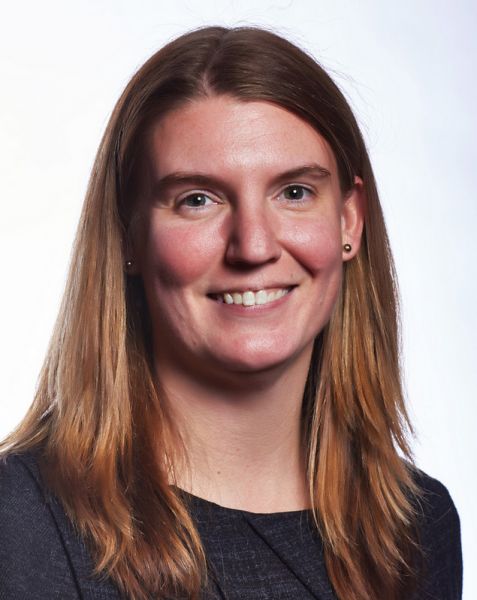 After graduating from the University of Texas at Austin in 2004, Krostue worked for four years for Marriott International, the global hotel company headquartered outside of Washington, D.C. There, she managed new hotels under construction in places like Turks and Caicos and the Bahamas. She loved her job, but she wanted to expand her horizons, so she decided to go to business school.

She picked Tuck because it was the opposite of her undergrad experience—small class sizes and a more intimate educational setting. “I knew my options would be greatly expanded after going to Tuck,” she says. “I didn’t know where it would land me, but I knew it would be worth the risk.”

The next two years were life altering for her, both professionally and personally. Her first year at Tuck, Krostue, then in her mid-twenties, came out as gay to her friends, her family, and truly for the first time, to herself. “Tuck provided me that first forum to start fresh and bring my whole self,” she says. “It really set the foundation for how I carried myself. There was a level of community and acceptance but still in a professional setting. It gave me the confidence I needed to be who I am and continue to be in the workplace.”

After graduating from Tuck in 2008, she returned to Marriott for a stint, then got a gig with Deloitte Consulting in D.C. She ended up meeting the woman who would become her wife (she invited her entire Tuck study group to their wedding) and together, they relocated to Atlanta, Georgia. There, Krostue got a job in strategy for InterContinental Hotels Group (IHG), a role that combined her two worlds of consulting and hospitality. As a director, she now leads strategic planning for the Americas group of IHG, hotels like Holiday Inn and Crowne Plaza.

“That was the single most impactful career move I made,” she says of her move to IHG. “And it would never have been possible without the experiences and the stamp of credibility I got from Tuck.”

Decades after the original Holiday Inn company was sold and resold, McLean Wilson T'07 and his family continue to play an important role in it as a brand builder.