At Tuck we explored who we were as leaders and what our role was on teams. That kind of awareness helps you be a better consultant. 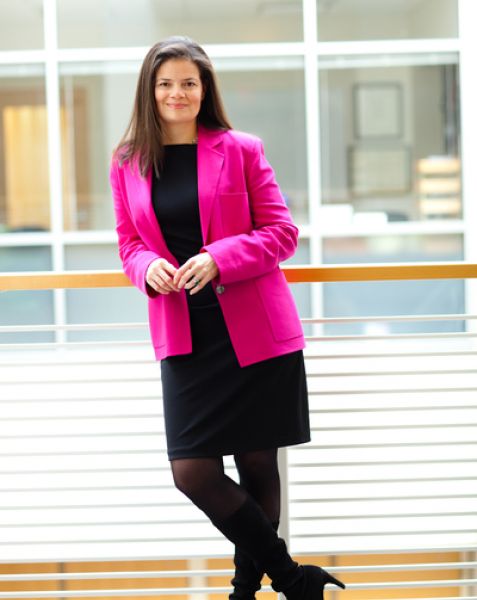 Right out of Tuck, Victoria Levy’s career took off with The Monitor Group, the iconic Cambridge, Mass.-based strategic consulting firm. At 33, after seven years with the firm, she became one of its youngest partners. At 36, she headed Monitor’s life sciences practice, and in 2011 she was named head of its marketing and pricing practice—the firm’s largest practice, contributing about a third of the firm’s total revenue—and appointed to Monitor’s Executive Committee. Last year, the mid-sized firm was acquired by 193,000-employee Deloitte, one of the world’s largest professional services firms. Now a senior partner at Monitor Deloitte, she’s helping guide the integration of the two and leads its customer strategy practice.

What do you make of Deloitte’s acquisition of Monitor?

The consulting industry is shifting. Competing requires global scale simultaneously with specialized expertise and broad integration capabilities. With the combination of Monitor and Deloitte, we are transforming the industry. We have unparalleled access, expertise, and capabilities. This is what we, as leaders of Monitor, knew we needed to create for our clients and for our people to remain motivated and frankly remain on board through the acquisition. Now we’re on a totally different platform, and we’re designing the strategy practice of the future.  And we’re doing this with a shared sense of purpose and values.

How did Tuck prepare you for a career in consulting?

The Tuck curriculum is perfect for the work of a consultant. There is a deep focus in strategy and also depth in areas like operations, marketing, and financial management. The balance of qualitative and quantitative study works really well. As good a salesman as I am, you can’t bluff your way through Fortune 100 clients; you need strong analytic skills. More fundamentally, at Tuck we explored who we were as leaders and what our role was on teams. That kind of awareness helps you be a better consultant. If you don’t go into consulting aware of your strengths and weaknesses it becomes much more challenging for you. You need a certain humility to know you’re not great at everything, even if you’ve been a high-performer. This was the Tuck culture to a tee.

Women have made great gains in consulting, but the senior ranks are still heavily male. How has gender shaped your career?

During my first nine years, gender was almost a non-issue in a very positive sense for me. This was mostly due to a very welcoming and supportive environment for young female consultants. Then two things happened: I became a mom and I started to get more in touch with my career ambitions. When I became a mother, I started to see a nuanced change in behavior from my colleagues. It was very subtle, but a few times I caught colleagues saying, ‘Oh she’s a mom, she may not want to travel. Or, “She just came back from maternity leave and the new account is in Chicago. She may not want it.’ People assumed they knew what I wanted, that ‘Vicky’s been sprinting all her life at Monitor and now she will want to downshift.’ It was inaccurate. My colleagues had the best intentions, but some decisions were being made around me in what felt like a paternalistic way. I felt there were other ways to address the work-life balance question than to downshift.

What do you mean by “getting in touch with your career ambitions?”

I began to pay attention to ambition when I saw some of my senior male partners stating their ambitions, what roles they wanted, and taking a stance that those roles were there for the taking. I hadn’t fully articulated those kinds of ambitions in the early part of my career. What I saw was some of my male colleagues being invited into conversations I hadn’t been. So then I had a conversation with a female mentor (another Tuck graduate) and she said to me, ‘You’ve got to figure out what you want and don’t be shy about expressing it.’ Almost as soon as I did, good things started to happen. Of course you need to earn these roles and benefits, but you also need to have a degree of confidence and ambition to pursue the opportunities.